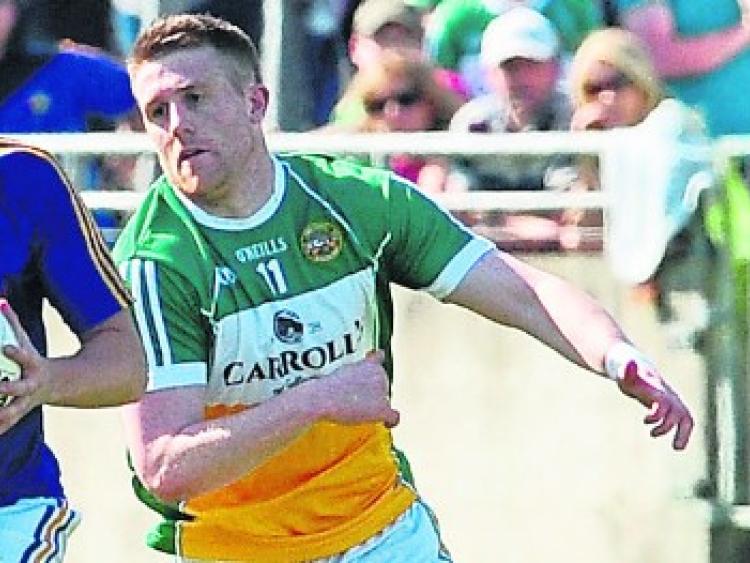 Has any player had a more eventful year than this Offaly footballer?

Diarmuid Connolly may get all the headlines for his turbulent last few seasons, but few players can come close to the up-and-down 18 months experienced by Shamrocks and former Offaly county forward, Nigel Dunne.

The sharpshooter has drawn headlines of his own since the middle of 2018, for both the right and wrong reasons, but it's a minor miracle he is still doing his stuff in the forward line for Shamrocks, recently promoted to the Senior A ranks in Offaly.

His rollercoaster period began way back in May 2018 when he was accused of walking out of Offaly's half-time dressing room having been substituted during the county's ill-fated clash with Wicklow in the Leinster Championship.

There were claims from former All-Ireland referee and Midlands 103 commentator Brian Gavin that Nigel had "headed for his car" and that manager at the time, Stephen Wallace, had "lost the dressing room."

Dunne refuted the claim and said he hadn't even travelled to the game by car and had instead arrived on the team bus. Nevertheless, Dunne was sensationally brought back on in that game after admitting to "having a sulk" but his input was not enough as Offaly fell to a sobering defeat.

Before Offaly played Antrim in the qualifiers the following month, Stephen Wallace had been disposed of. A fracas at a club game in Kerry, a sideline ban and a series of claims of losing the dressing room were enough to seal the Ardfert's man fate at the helm.

He believed his departure to be a "hatchet job" and a storm of controversy ensued before the Round 1 qualifier. During that time, Dunne joined his teammates under the stewardship of interim boss Paul Rouse and a host of county legends.

A host of exiled players re-joined the panel and there was an air of optimism before the Antrim game in O'Connor Park. The tie was in the melting pot when Nigel Dunne was red-carded just minutes into the second half, again receiving a stream of criticism. Offaly ended up winning the game before going down fighting to Clare in Round 2.

Dunne has always been a talisman with his club, Shamrocks, and he was in searing form last summer after his county fiasco ended. In a major high point, he led his team to victory over Tubber in the Senior B county final, beginning a dream run for the parish all the way to an Intermediate Leinster final where they were ultimately defeated by Two Mile House. Despite the loss, a year at the top table of Offaly football beckoned in 2019 as the reward.

In early 2019, Dunne continued on an upward curve, picking up the Offaly GAA Senior B footballer of the year award for the second successive year, and he looked to be primed for another crack at the county set-up under the newly appointed John Maughan.

However, with Bernard Allen leading the scoring charts and appearing to be the apple of Maughan's eye in the forward line, and Niall McNamee coaxed out of retirement, Dunne figured less and less in the team during their Division 3 Allianz Football League campaign. He did, however, spring into action when required to score two crucial points as Offaly recorded a rare win over a buoyant Carlow outfit, an important two points as Offaly later scrambled to survive on the final day.

A matter of weeks later and Dunne was in the headlines again as he took the decision to leave the county set-up, saying he felt "isolated and unwelcome." Sources close to the situation at the time suggested his lack of playing time was a factor, while Dunne himself said afterwards that the manager "was aware of personal issues going on" in his life.

Maughan moved on quickly but did say he was "shocked" by the text he received saying the Shamrocks star was leaving the panel.

“The text I sent saying I was leaving the panel was a result of weeks of an uncomfortable environment for me personally. I appreciate my reputation goes before me but this is a different scenario. Now that is that; it's best for all involved," Nigel said at the time.

The player himself is now focusing on Shamrocks' crack at the Senior A grade in Offaly with the club having already picked up a win in the round-robin phase. He has said that a county panel return is "possible but maybe unlikely" and also hasn't ruled out a switch to the Offaly hurling set-up.

No matter what happens next, it's fair to say the last 18 months have been eventful for Offaly GAA and Nigel Dunne in particular.