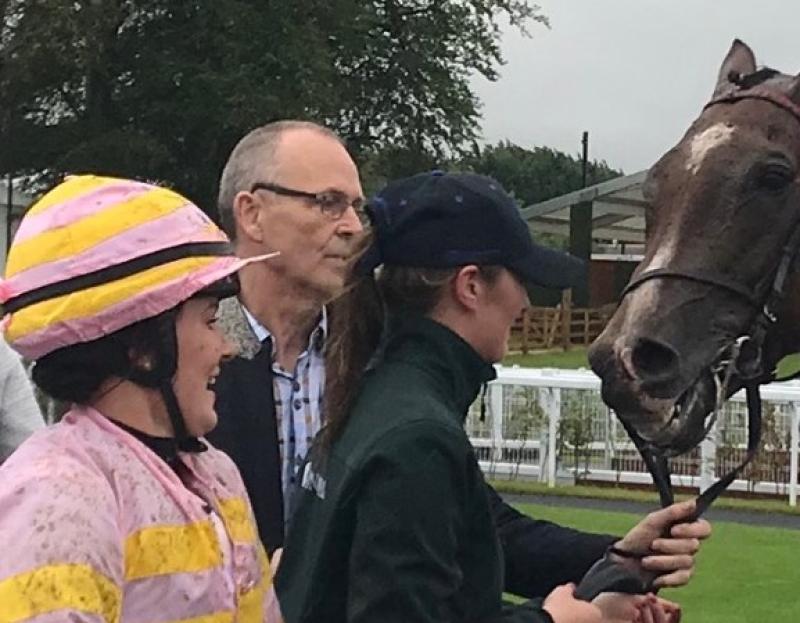 Portarlington rider Triona Burbage has finished third in the opening race of the Corinthian Challenge Charity Race Series at The Curragh.

Triona was on board Edification in the opening race of the series which raises funds for the charity Irish Injured Jockeys.

Each rider has to raise €10,000 to compete in the three race series. The other two races take place in Cork and Leopardstown in the coming months.

The opening race was won by Yvonne Connolly on board Neverushacon with Stephen Thorne second on Aussie Valentine.

The fifteen riders competing in the three race series include nine women and six men. Riders will accumulate points for placings throughout the series with the overall winner to be announced at the final race in Leopardstown on October 26.

Fundraising is ongoing as part of the event and supporters can back their favourite at www.corinthianchallenge.com