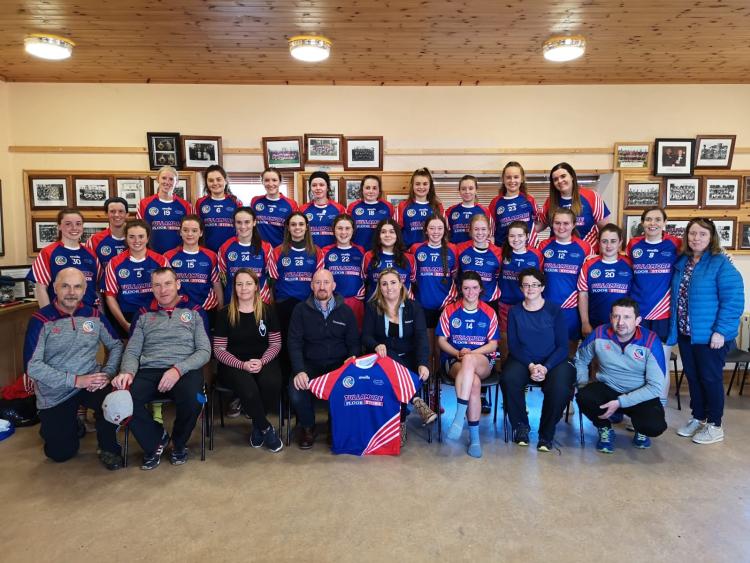 "It is wonderful to have a local business who are very invested in the local community on board as our sponsor," the club said.

Speaking on behalf of Tullamore Floor Store, Siobhan Smyth said: "We are delighted to give back to our local club, we love to be involved in the community and we wish the girls the very best of luck in the championship and in the years to come."

Speaking on behalf of Drumcullen Camogie, Pamela Nugent said: "It was so nice for us all to come together and pick a jersey with the name Lusmagh-Drumcullen on it. To Siobhan and Gary, we are so grateful to have you on board, especially as local people with an interest in camogie and the local community. We hope that when your daughters grow up, they get a chance to wear a jersey sponsored by Tullamore Floor Store."

Lusmagh-Drumcullen begin their senior championship campaign on July 9 at home to the current league champions Birr, while their u16’s will be playing in the u16 B semi-final in August. Their minor team will begin their campaign at the end of August.