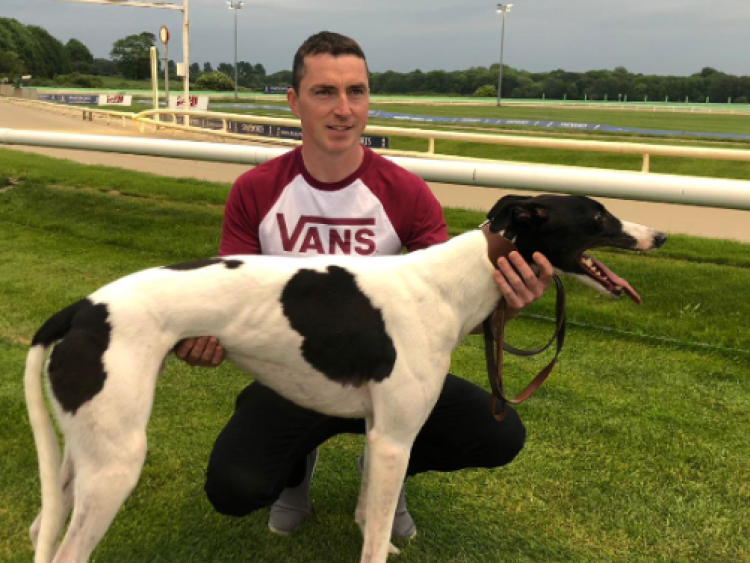 Pat Guilfoyle’s Skywalker Logan has qualified for the quarter-final of the English Greyhound Derby after finishing third in his third round heat on Friday night.

Breaking well from trap four, the Moneygall-trained dog was involved in a bit of crowding at the first bend as he tried to move inward and was shuffled back to fifth place as they rounded the second bend.

Showing his customary strong back straight pace, he got himself back into contention rounding the last two bends where he stayed on well to qualify despite looking in big trouble early on.

It was a great night for the Irish greyhounds with ten through to the last twenty-four next Saturday night.

He produced a scintillating time of 28.62.

Grangeview Ten was adding to what has been a fantastic year so far for the Offaly handler as he has also won the Gold Cup at Shelbourne Park with Music To Our Ears while he also recently won the Cesarewitch classic at Mullingar with the Derby-chasing Skywalker Logan.