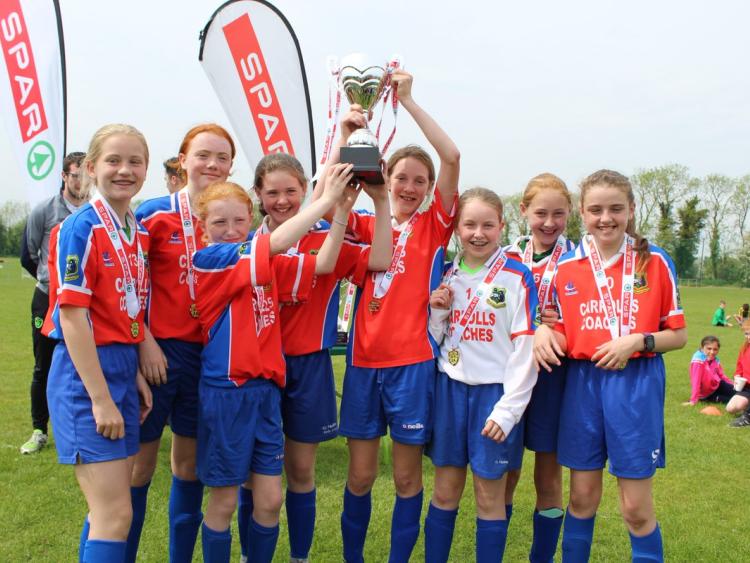 Six national titles are up for grabs with the Offaly school gunning to take home three of them.

The event will see 192 children from 24 schools participate in the final stages of competition following four months of fun-filled nationwide activity. The qualifying schools have come through their local County events, Regional and/or Provincial qualifiers to reach this stage of the competition with excitement mounting around the local areas.

13 counties will be represented in the Aviva with Donegal leading the charge with five representatives. The qualifying schools came through their Ulster showdown in two separate groups with schools progressing from Donegal and Inishowen earlier this month.

Galway have an impressive four schools lining out which is a great recognition of the football stronghold with Salthill, Claregalway, Clarinbridge and Knocknacarra all featuring.

Cork and Offaly have three schools each qualified which is a wonderful advertisement for the hard work done in those areas to develop their footballing prowess. Cork’s finalists originate from Beara, Ovens and Rochestown while Offaly’s high flyers scale the likes of Birr, Mucklagh and Edenderry so there will be huge excitement in these regions.

Monaghan, Sligo, Roscommon, Kildare, Wicklow, Wexford, Clare, Limerick and Kerry will each have one representative.

This year the programme featured an amazing 1,696 schools with a total of 37,448 children participating which is a new record for the 5s programme which has been in existence since the mid-1990s.

Extraordinarily three of the four qualifiers will be returning from last season. Trafrask NS were runners up to eventual winners Latnamard NS of Monaghan in 2018. The Ulster Champions were beaten this season in the Ulster decider as SN Colmcille, Fintown are new to this level of competition. Ardkeeran NS have Jack Tuohy and Niall Kenny back in the team as they enjoyed a fourth place finish twelve months previous. Clonlisk NS will have experienced players to call on, for example, Robert Carney, James Sampson, Liam O’Riordan and Fionn Carney returning to the Aviva.

While Trafrask NS have Liam Crowley, Tom O’Connor, Mark Downing and Jack Crowley all relishing more action in the stadium.  Will this trio match the calibre of last year or will new kids on the block SN Colmcille scoop the top spot?

An array of talent will be on display in the SPAR ‘C’ Cup for large schools. All four teams will be at full strength for the final showdown. St. John the Apostle NS, Knocknacarra, Galway (Connacht), Scoil Muire Banríon, Edenderry, Offaly (Leinster), Scoil Phádraig Naofa, Rochestown, Cork (Munster), St. Joseph’s BNS, Carrickmacross, Monaghan (Ulster) will take to the field with an even contest in store.

2014 saw teachers Jimmy Lacey and Paul Fitzpatrick make the trip to Dublin as St. Joseph’s BNS, Carrickmacross played in the SPAR ‘C’ Cup which merited a fourth place medal. While their 2017 appearance brought the same result. This time out Jimmy will be accompanied by James Conlon. Can the duo improve on this medal tally? The Edenderry contingency are back following a four-year absence which saw the lads claim a bronze with third in 2015 in the ‘C’ Cup.

The day promises to be fun-filled and action-packed as the future starlets entertain the crowds in the Aviva as the final curtain comes down on the SPAR FAI Primary School 5s programme for 2019. The event will be a family fun day focusing on providing participants and spectators alike with huge excitement and entertainment, making it a day to remember for all involved.

All 192 players will receive a medal, the six winning teams will be crowned SPAR Champions for 2019 as well as a SPAR Player of the Tournament accolade in each division to be awarded.  Students will also be in with a chance of securing an epic prize in the Future Sports Journalist competition which is open to all participating schools.