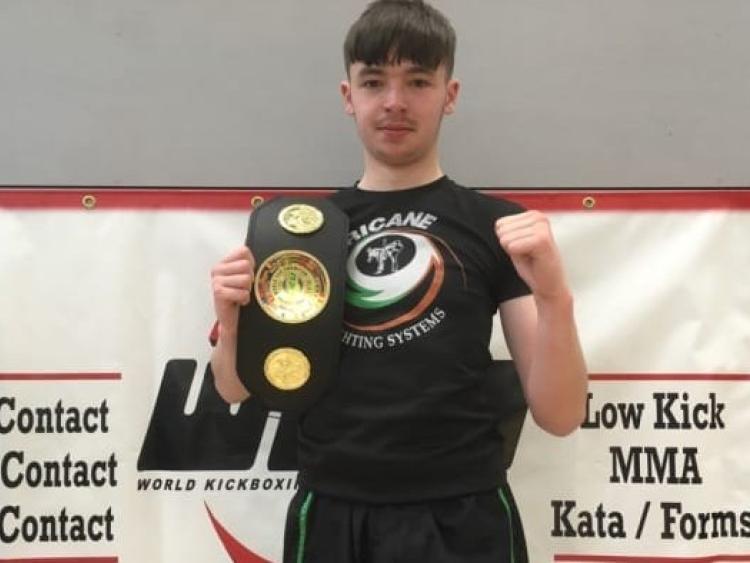 The club has been building a world-class underage team for the last decade but now the fighters are moving up to senior with great success. The senior ladies team really showed their mettle with all three competitors winning four national titles scoring a 100% record.

Round 2 of the Kickboxing Ireland (KBI) senior national finals were held at the Tallaght Leisure Centre last Sunday. Claire Brennan and Lauren Grant having been successful in Round 1 were keen to win again and guarantee their titles and neither disappointed.

Claire Brennan, returning to fighting this year after the birth of her twins Kayden and Kenzie, won back her national title 15 weeks after the births. It was a straightforward victory for Claire winning in two rounds against Jen Bracken of Laois Martial Arts in the Senior Ladies -70 Kg section.

Next up was Lauren against Amy McKenna of Elite Fighter, it was a tough fight that went all three rounds. It was point for point over the six minutes and Lauren took the win in the last few seconds to retain her +70 Kg Senior Ladies title. Finally Jordan Doran, still a junior and moving into the senior section for the first time, won the +70 Kg titles in Light Contact and Kick Light. This is Jordan’s 18th national title in seven years, not to mention numerous world and European titles. All three ladies qualify to represent Team Ireland in the World Championships in Turkey later in the year.

The club's two male seniors had a less successful day with defeats for both in the finals. Brandon Tait, like Jordan Doran still a Junior, entered his first senior championships.

Brandon had a good semi-final win against the experienced Hong Looi of Spartans MA but came up against Tallaght’s reigning European Champion Gar Ryan in the final. Brandon gained some good experience but lost in the second round.

Jay Daniels having won Round 1 of the competition was expected to win again but Elite Fighter’s Jordan White was in top
form. This final went all the way with a draw after 3 rounds and extra time before Jordan won out by a single point in “sudden death”. Jay and Jordan must now fight off later in the summer to see who wins the title and the chance to represent Ireland in the World Championships. Jay must wait a little longer for his 10th Senior National Title.

Elsewhere, Nathan Tait was the club’s only representative at the World Kickboxing and Karate Union (WKU) Junior World Cup for Ring Sports in the Foyle arena in Derry last Saturday.

Nathan made no mistake taking a victory in the final against England to win the belt for the U18 -63 Kg Point Fighting. Nathan is part of the Junior Team to travel to Hungary in late August to represent Team Hurricane and Team Ireland in the World Association of Kickboxing Organisations (WAKO) European Championships, Brandon Tait, Jordan Doran, Luke McCann, Leah Grant and Nathan Tait make up the team with Jay Daniels travelling as coach.

There was also some good news for the club during the week with both Tesco Edenderry and Croí Laighean Credit Union awarding funds to the International Team from their Community Fund Schemes. Next up for Team Hurricane is their own tournament, The Combat Open, in St. Mary’s Secondary School next Sunday, June 2.