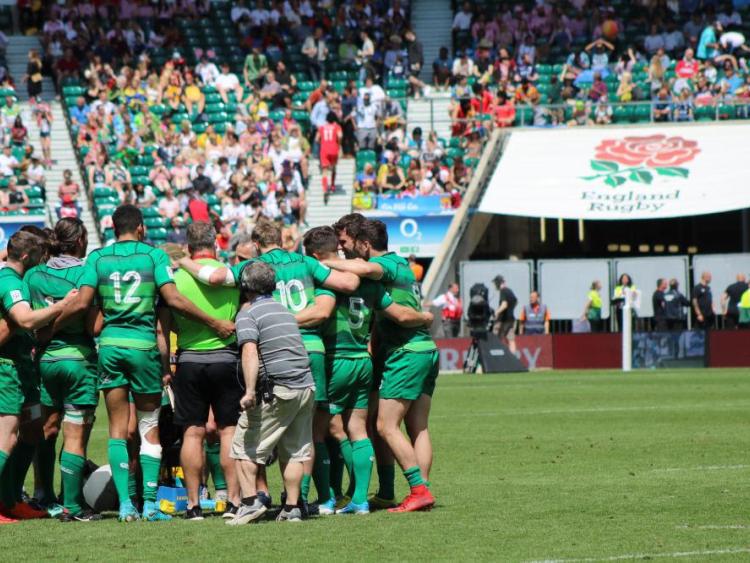 Tullamore's Jordan Conroy will be the speedy winger tasked with leading Ireland to rugby 7s glory this weekend as they take part in the London 7s event at Twickenham.

Director of Ireland Sevens Anthony Eddy has named a 13-man squad with Jordan Conroy the main scoring threat. The tournament is slated for TV coverage on Sky Sports Arena.

Ireland are the invitational team at the next two World Rugby Sevens Series events - this weekend in London and next week at the Paris 7s and these tournaments will be used as preparation for the up and coming Rugby Europe Olympic Qualification Tournament which takes place on July 13-14 in Colomiers in France.

Ireland are drawn in Pool C, along with New Zealand, Scotland and hosts England.

The side will be captained by Billy Dardis, who led the side to qualification for next season’s World Series at the Hong Kong Qualification tournament in April and sees three players in line to win their first Ireland 7s caps with Jack Daly, Jack Kelly and Peter Sullivan included.

Speaking ahead of the tournament, Anthony Eddy said:

“To win the tournament in Hong Kong and secure a place on next season’s World Series was a great outcome for all the hard work many players have contributed over a short time."

"It is great to have the opportunity in London and Paris to test ourselves against the top sides in the world as we build towards the Rugby Europe Olympic Qualification tournament in July."

"We’ll be up against quality opposition in our pool, so it will be a real challenge, particularly as core teams are fighting for a Top 4 position to secure Olympic qualification through the series.”