The Offaly minor football management of Georgie Digan, Pat Costello, Ken Daly, Keith McGuiness and Tom Naughton has named its team for the visit of Dublin to O'Connor Park in the Leinster Minor Football Championship on Wednesday.

Following victory over Wexford and defeat to Meath, Offaly will be hoping to pull off a shock against the all-conquering Dublin outfit at 7pm on Wednesday, May 15.

Cathal Ryan will start in goals for the game, protected in the fullback line by Mark Bolton, Fionn Dempsey and David Dempsey.

Leading the scoring charge will be Harry Plunkett, Morgan Tynan and Darragh Flynn.

The game against Dublin has a 7pm throw-in at BNM O'Connor Park on Wednesday, May 15. 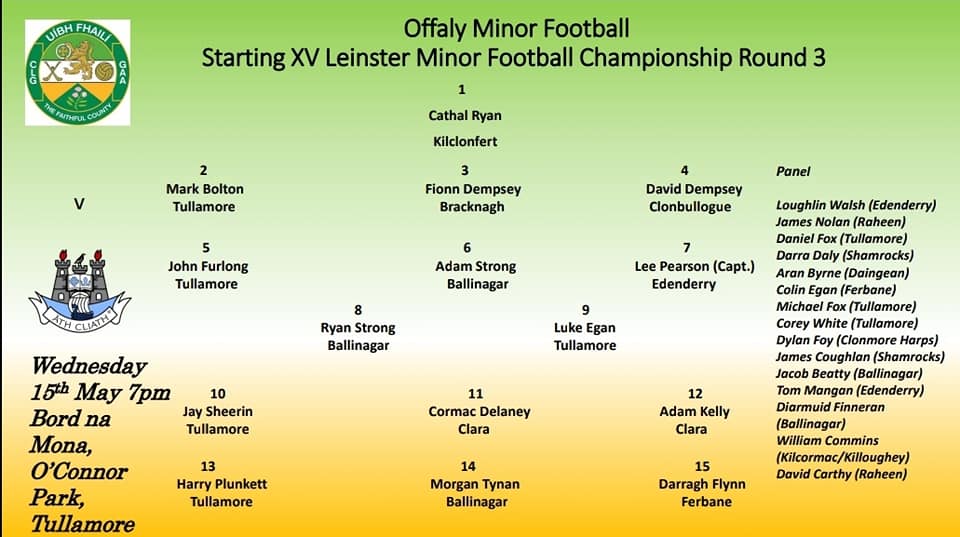