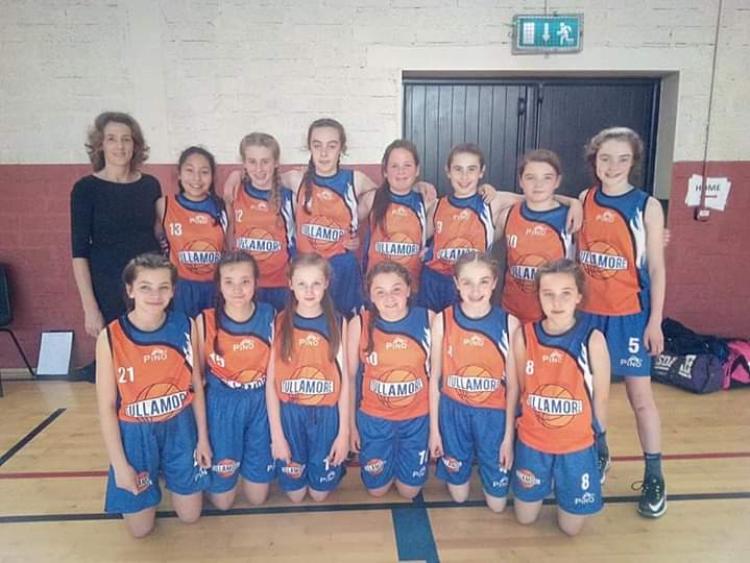 Tullamore Basketball's school team won favour with some new fans in Kerry at the weekend as they went all the way to the knockout stages against home heroes Castleisland in Kerry.

The team had performed well in the preliminary rounds but faced a massive task at the knockout stage against Community games All Ireland favourites St. Marys of Castleisland.

Early high intensity coupled with outstanding on-ball defence from Adams Villas' Sinead Flanagan and some lovely shooting from Ballinamere's Niamh Galvin had the Tullamore team slightly ahead 8-7 after the first quarter.

A backlash from Castleisland was expected in the second and they obliged as they put on a tall strong five but again the Tullamore girls were not overawed. Mucklaghs' Laura Keyes and Katie Gleeson refused to lie down while player of the match Ballinamere's finest, Una O Brien, began to show her undoubted skill.

Half time came with Tullamore still in touch and only one point behind. The Offaly supporters were wondering how this could happen but again the third quarter showed no let up from the girls in Orange and Blue as Charleville road's Mia Hilliard Dolan and Spollanstown's Aine Byrne really stepped up to the mark.

Two huge long-range shots form Ballinameres' Julia Slattery really opened this game up at this stage. The last quarter loomed with both teams tied. What could coach Richie pull out of the hat for the last quarter? He needn't have worried as Knockowen's Adele Donoghue and the McGreal sisters Amy and Anna were much to the fore as they denied Castleisland any opportunity.

Tullamore missed the injured Sunniva Horneck Johnson who unfortunately injured a toe swimming in the Atlantic on Friday. As the seconds ran down and the fouls mounted up Castleisland were reduced to four players with 25 seconds left and with Tullamore a point ahead.

Unfortunately, the Castleisland player remained on the court unbeknownst to all and as she was fouled going to the basket, allowing the girls in red one last opportunity to draw the game which they did.

Heading into overtime and the Tullamore girls once again showed their bottle. Mucklagh powerhouse Sarah O Rourke showed her class in spades. Castleisland were not done though and led by two with 12 seconds remaining. An excellently executed play got an open shot for the Tullamore girls at the death but unfortunately, the shot rimmed out and Castleisland were the victors.

A group of parents from another club who watched the game stood up and applauded the Tullamore girls off the court. "What more could you ask for your team? Thank you to those kind parents," the club said.