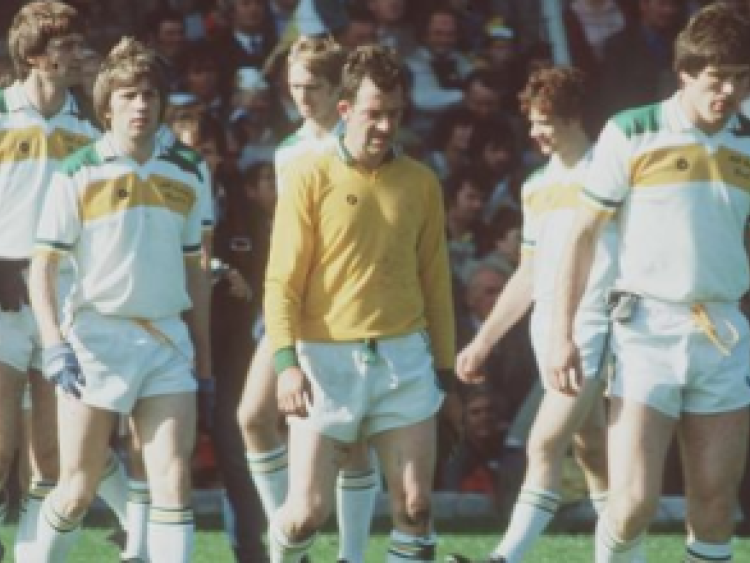 Offaly GAA, in conjunction with O'Neill's Sportswear and Colgan Sports, is set to release a 1982 replica jersey to coincide with the county's championship debuts this summer.

Following the success of the Players of the Faithful documentary on RTÉ over Christmas, Offaly GAA has seen an increase in people seeking a 1982 jersey.

Offaly GAA County Board in conjunction with the 1982 winning team, O’Neill’s Sportswear and Colgan Sports have now announced a run of the famous white strip in May.

The official launch will take place in the Faithful Fields on Sunday, May 5 at 11.30am. Members of the 1982 winning team will be present at the launch.

All the people of Offaly are invited to attend to what will also be the launch of the 2019 championship campaign for the county's senior footballers and hurlers.

"We are calling on all members of the Faithful public to come out and show your support for our the teams ahead of their opening round games against Laois in the Joe McDonagh Cup on Saturday, May 11 and Meath on Sunday, May 12 in the Leinster Football Championship," Offaly GAA said.

It is a morning not to be missed where you will be treated to tales of old along with a meet and greet with current players as they bid to get their Championship campaigns off to a flying start.

This is an opportunity not to be missed to get the jersey and get it autographed.