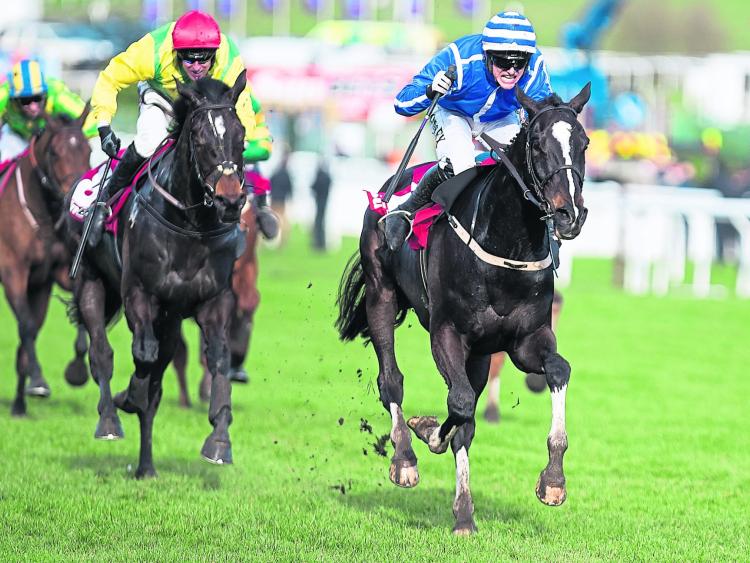 If betting was a simple game, there'd be no bookies at this year's Punchestown festival, or at any meeting for that matter. Betting at Punchestown is a particular minefield as it bookends the season with many runners having campaigned across the spring festivals.

Some horses will come here on the back of runs at Cheltenham or Aintree or even Fairyhouse at Easter with seemingly solid form in the book. Cheltenham form, in particular, is given serious weight by the casual punter. 'It won at Cheltenham, so it's a sure thing here.'

Not so, I'm afraid. History tells us that the Cheltenham hotpots, while almost always well supported at Punchestown, can come undone on its undulating track. As it comes at the end of a long season, lead-in form can often be deceptive in Kildare.

What's my advice? Ignore the Cheltenham winners, despite their skinny odds and big reputations. Take last year for example; Samcro stumbled and fell on landing at the third last in the Punchestown Champion Hurdle, perhaps a consequence of tiredness after a busy season; Delta Work was turned over by Next Destination after tasting Cheltenham glory in the Pertemps.

The same can be said of Penhill, beaten by Faugheen here last year after storming to a Stayer's Hurdle win at Prestbury Park. The same fate befell Penhill a year previous when he could only muster a runner-up run at Punchestown after Cheltenham glory. Similarly with Rathvinden, easily accounted for by The Storyteller at Punchestown in 2018 after a testing victory in the Cheltenham four-miler the previous month.

Looking further back to 2017, the free-wheeling Un De Sceaux was thwarted at Punchestown after winning the Ryanair at Cheltenham, as was the enigmatic Labaik after a shock Cheltenham victory. It's often hard to run your finger past a Cheltenham winner on the card, but it may well be worth the momentary unease.

Take this year with a host of Cheltenham winners likely to line up at Punchestown, including Defi Du Seuil, City Island, Paisley Park, Duc Des Genievres, Minella Indo and even Gold Cup hero Al Boum Photo. It's going to be hard to dismiss them for betting terms, and in all likelihood, at least two of those will win.

I'd be willing to suggest that they will be Duc Des Genievres and Minella Indo if they line up, with the more high-profile winners the ones to oppose. City Island has the world at its feet after beating Champ and Battleoverdoyen in the Ballymore to extend its unbeaten run over hurdles to four, but that was a tough race. Samcro won it the year before and looked a tired horse when falling at Punchestown. The soft ground at Cheltenham this year could also play its part.

Paisley Park was a popular and impressive winner of the Stayer's Hurdle at Cheltenham but that was another energy-sapping display. He's unlikely to show up at Punchestown but if he does, he'll have a brigade of hardened home contenders, many of them with strong Punchestown form. The undulating track could be enough to show up insufficient energy reserves.

However, he has put in a few stinkers in his time and his sole Irish start to date was disappointing. He finished 27 lengths behind Supasundae at Leopardstown last February so perhaps doesn't travel well. While that was over hurdles and he's been reformed over fences, a tilt at Punchestown would be his sixth run of the season and that may just stretch him.

Al Boum Photo will arrive at Punchestown after winning the Gold Cup at Cheltenham. If he lines up in the Punchestown Gold Cup in a bid to emulate Sizing John's Cheltenham/Punchestown double in 2017, he'll need to banish the memory of last year's run-out disaster. He could face stablemate Kemboy, a horse that fell at Cheltenham and had a relatively easy spin and victory around Aintree at the beginning of April. He is fresh and improving with every run.

Cheltenham winners had mixed fortunes at Aintree. It could be an omen that this year's Cheltenham festival was a stiff test for many on soft ground. It's worth looking out for trainers who skipped Cheltenham with a few of their leading lights. Jessica Harrington is often a prime example with a few gems in her Punchestown string.