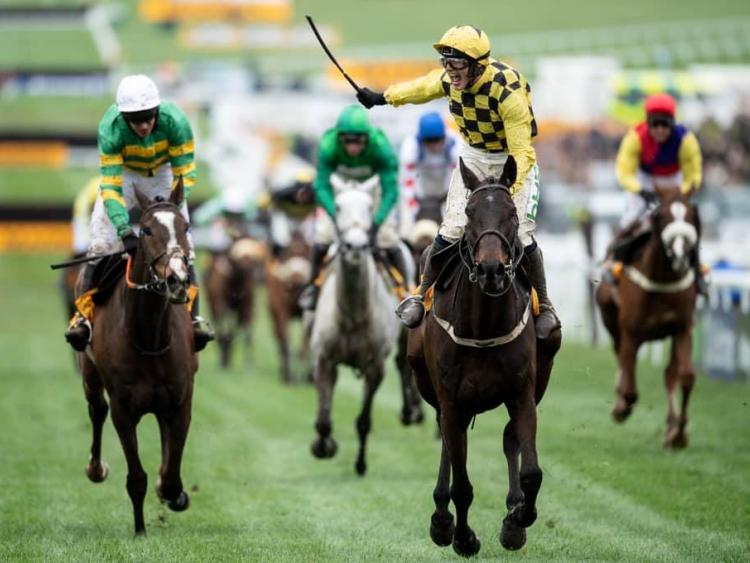 Punchestown has birthed many great champions over the years, with the likes of Faugheen and Hurricane Fly making their hurdles debuts at the track. Much of the talk this year centres on the staying chase grade but the trainer of both those champions, Willie Mullins, is once again the principal player.

The prospect of Cheltenham Gold Cup winner Al Boum Photo clashing with stablemate Kemboy is a mouth-watering one for racing fans, but also for Mullins, who waited a long time to claim his first Gold Cup success. He is now presented with a feast on the three-mile front.

Al Boum Photo will be the horse arriving with all the pageantry, the big announcement and the Gold Cup threads emblazoned rug across his back as he's led around the parade ring. However, Kemboy may, in fact, upstage him on the track because, after a mixed year, his star rose dramatically at Aintree.

He is somewhat of an enigma; he was a moderate performer over hurdles, his best run coming at Cheltenham when fifth in the 2017 Neptune, a race that failed to turn up any serious prospects. He was seventh a few weeks later at Punchestown and switched to fences without much fanfare.

He finished second to Sutton Place on his chase debut at Fairyhouse and followed that with a win over C'est Jersey at the same track in January 2018. He was then given his chance, as one of very few novices, in the Irish Grand National, again at Fairyhouse. He was waited with by jockey Bryan Cooper but fell at the first fence.

Fast-forward 12 months to this year's Cheltenham Gold Cup and the same fate befell him once more as he unseated David Mullins after the first fence. The horse showed his quirks big time as he pulled his head around and took a wicked step as he landed at the base of the fence. As he bounded around the track riderless, Al Boum Photo took the roar of the crowd up the famous hill.

Before that race and in the months leading up to Cheltenham, Kemboy had stepped up to mix it with the big boys after three wins as a novice. He beat Alpha Des Obeaux on his seasonal debut in the Clonmel Oil Chase but put in perhaps the most telling performance in his form book when beating Monalee by more than seven lengths in the Savills Chase in Leopardstown at Christmas. He wasn't the favourite on either occasion.

Kemboy won with quite a bit more in hand that day and was going away from the field with every stride the further they went. Monalee is a good yardstick to use because when he stays on his feet, he always runs his race and so measurements can be taken. While it's unfair to judge Al Boum Photo on his novice form, especially given the fact he is now a Gold Cup winner, he was beaten by Monalee in February last year.

Kemboy's Cheltenham collapse showed the frail side of his temperament, but his retrieval job at Aintree at the beginning of April revealed the prodigious side. Just like his Savills Chase win, he tanked along throughout the race while Ruby Walsh kept his hands tight behind his neck. Many a top chaser, including Clan Des Obeaux and Bristol De Mai, faltered behind and after the last, he pulled away at a staggering pace after a gruelling three miles.

Ruby didn't have to shake him up until after the last that day but with that performance, he proved he is an out and out stayer. The further they went, the better he got as he dictated the pace up front. Anytime he's run a trip above three miles and stayed on his feet, he's won. The two exceptions were the Irish Grand National and Cheltenham Gold Cup.

He also cemented his form here at Punchestown last year when he rounded out his novice season with a comfortable five-length success over A-Rated. The way in which he travelled into the race at ease, pinged the last fence and devoured the ground up to the line was beyond impressive.

Kemboy has so often been the bridesmaid, at some points even a tragic one in the case of his spills at Fairyhouse and Cheltenham. He's rarely headed the betting market and has often been the so-called Mullins second-string.

However, if he takes his chance, his date with the Punchestown Gold Cup this year could begin a sweep of the staying chasing division next season. The Cheltenham centrepiece is the carrot at the end of it all in March 2020.