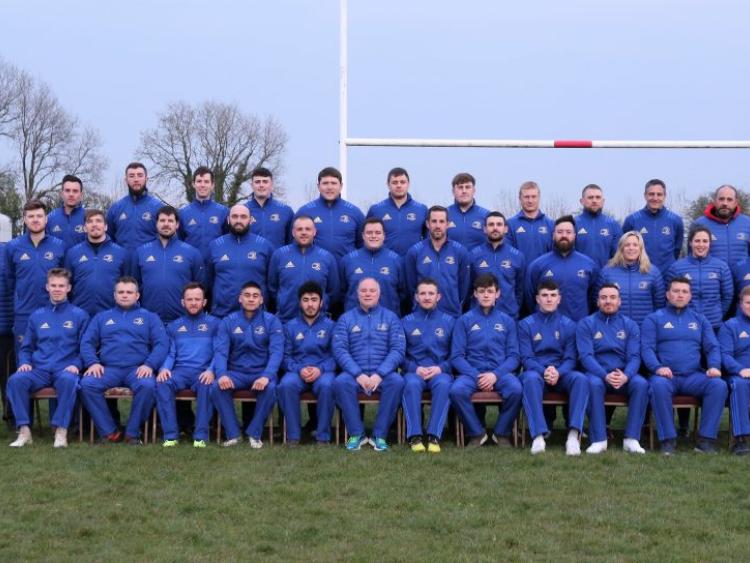 Shane Kelly, third from the left in the front row, with his teammates and coaches

Offaly man Shane 'Bisto' Kelly has been named in the Leinster Rugby squad for this year’s Junior Interprovincial Series which kicks off on Saturday, April 27, at Skibbereen RFC.

The Edenderry man and former Waterford IT student joins a host of club talent from around the country and as the reigning champions, Leinster will play Munster Juniors in their opening game.

Another Edenderry RFC man, Robert McDermott, has been named as the team manager with Enda Finn taking charge as head coach.

After clashing with Munster, Leinster will face Connacht at Wicklow RFC on May 4 while their final match will take place at Dundalk RFC against Ulster Juniors on Saturday, May 11.

Before the series gets underway, the Leinster Junior squad travel to Somerset next weekend, where they will play a friendly against Somerset County.