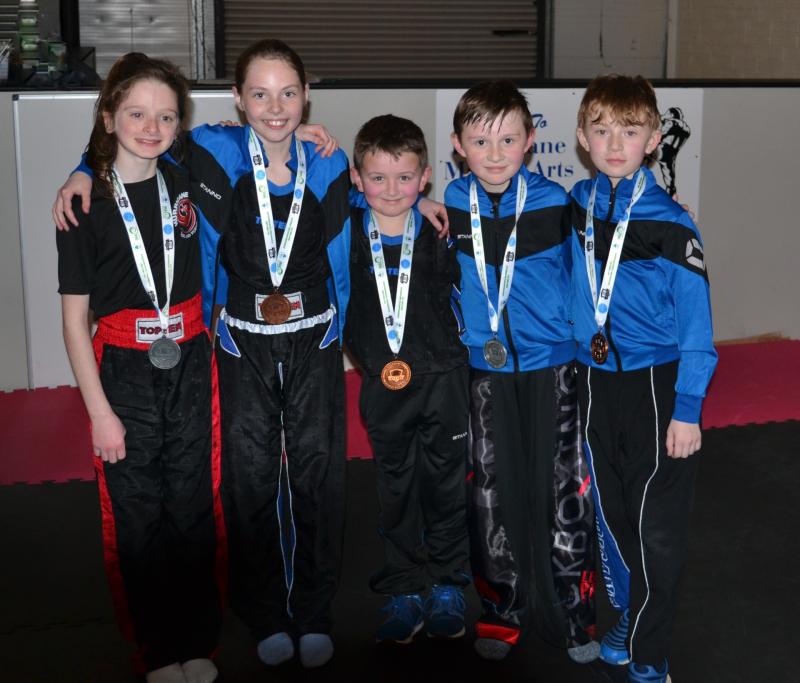 Luke McCann has kept up his early season form with two national titles, Junior (U19) -57 Kg in Point Fighting and Kick Light with a silver in the Light Contact to complete his weekend.

The younger athletes in the club also performed brilliantly, many in their first outing in the National Finals. Tyler Fetherston and Ross Keyes secured podium positions with Tyler taking bronze and Ross a silver medal in the Under 9 sections.

In the Younger Cadet (U13) sections, there was also success for Alex Keyes and Matilda Ferriday with both securing
bronze medals and Abigail Farrell a silver, all in Point Fighting. Abigail also competed in the Musical Forms section and is the first ever competitor from the club to reach this level.

The Junior ladies also returned with two titles, Leah Grant and Orla McCann becoming national champions in the -55 Kg and -
70 Kg sections respectively. Club stalwart, Saibh Kelly missed out through injury and all look forward to her return to competition.

The seniors also had a good weekend. To become Senior National Champion you must win Round 1 and Round 2 or win a fight off if there are two different round winners, the national champion wins the right to represent Team Ireland at this year's World Championships.

Team Hurricane had three fighters in the senior team; Jay Daniels, Claire Brennan and Lauren Grant and all three returned with victories in Round 1. Jay is now halfway to his tenth national title, Claire is back competing just ten weeks after giving birth to twins, Kayden and Kenzie and Lauren is hoping to retain her title after last year's success.

Luke McCann is really pushing hard to become World Number One, the results from his World Cup events this year speak for themselves. Victory in Italy at the Golden Gloves in Treviso, three titles at the Irish Open, two gold medals in Amsterdam at the Yokoso Dutch Open and now moves on to the Austrian Classics in Innsbruck next weekend with Club Sensai Jay
Daniels and teammate Nathan Tait also competing.