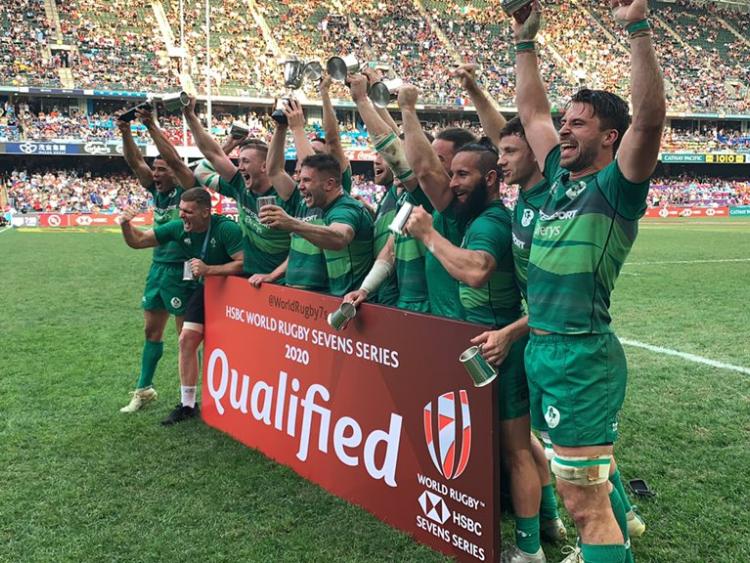 Offaly's Jordan Conroy was in staggering form for this week as Ireland won the qualifying tournament at the Hong Kong Rugby 7s meaning they will take a full part in the prestigious World Series next year.

It's a massive result for Ireland who will now go toe to toe with the best in the world next year.

Conroy scored an incredible 10 tries in six games including five tries in two games against Russia, two in the semi-final against Germany and this one in the final against hosts Hong Kong.

Ireland went unbeaten through the tournament with the only blip being a 26-26 draw against Uruguay in the second pool game.

However after two bit wins over a traditionally strong Russian side, Ireland came through 19-10 against Germany in a tense semi-final before beating Hong Kong by 28-7 in the final.

See you next season on the @WorldRugby7s Series!