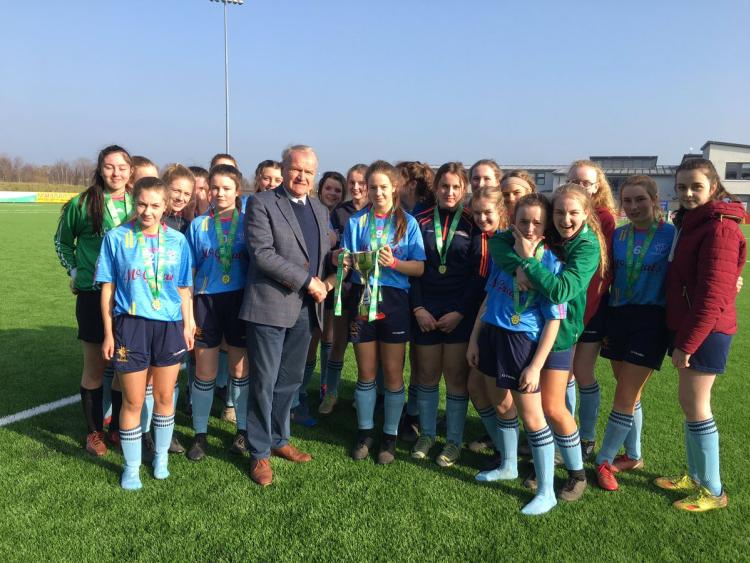 An Offaly soccer star has received a call-up to the FAI's U16 girls team after impressing for her school, Killina Presentation Secondary School.

She has travelled with the Irish squad this week for a four-day training camp in Belgium where they will play two friendly matches.

Her old club Mucklagh Soccer Club were quick to pass on their congratulations after the news broke in recent days.

Becky was instrumental as captain and even got herself on the scoresheet in the final as Killina won the Junior ‘B’ Girls National crown back in February.

This was added to the same side's previous victory in the Minor ‘B’ Girls Cup competition last season.

Becky was a key figure in both games and held her nerve to slot home a penalty in the most recent Junior final.

She showed herself to be a match-winner and leader in a team that defied the odds of being from a smaller and less traditional soccer county in both competitions.

She was later spotted by scouts for one of the country's premier women's clubs, Peamount United, having played in the Gaynor Cup in UL recently.

She will now represent Ireland on the international stage.