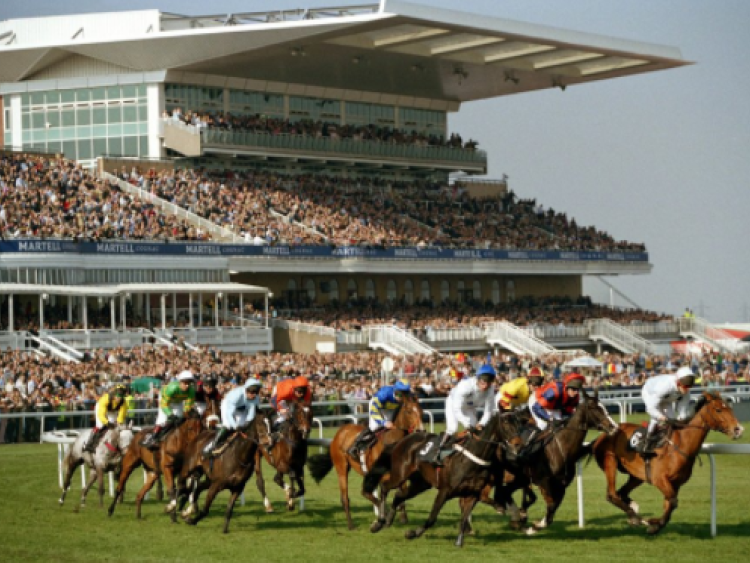 13:45 - This is a really busy field packed with potential but you're really looking for eachway value. I'm going for MONT DES AVALOIRS (12/1) for Paul Nicholls with that in mind. His most recent runs have been disappointing but as Thursday proves, you need to be on one that handles the softening ground and will be relatively fresh. He'll have both on his side having skipped Cheltenham and on the evidence of his third-placed run behind Global Citizen on soft ground at Newbury in December. Nicholls often has his string in good shape at this time of year and a five-pound claimer onboard can only help this one's chances.

14:20 - SOUTHFIELD STONE (13/2) gets the vote here as he comes here fresh but still has form ties with a few of the others. A number of these chased Klassical Dream home in the Supreme at Cheltenham, including the favourite here Itchy Feet who finished third. I like Southfield Stone because he skipped Cheltenham but has previously beaten Angels Breath, a horse that finished seventh in that Supreme Novices Hurdle. His third-place finish at Sandown in January behind Grand Sancy and Elixir De Nutz, many people's fancy for the Supreme before being withdrawn, on soft ground, reads quite well too.

14:50 - Based on their Cheltenham form, Lostintranslation and especially RSA winner Topofthegame will dominate this market but I think a surprise is possible. It's a small field so there will only be two places paid on the eachway market, and that brings CHRIS'S DREAM (12/1) into the reckoning for the Henry de Bromhead and Rachael Blackmore combination. Both market leaders had tough races at Cheltenham and although they are top class, that could count against them enough to let Chris's Dream take their scalps. He is massively consistent and caught the eye when winning on yielding ground at Navan over a similar trip in February. He had subsequent Cheltenham winner Any Second Now behind him in third that day and is proven to handle the ground in prospect at Aintree with the rain continuing.

15:25 - WAITING PATIENTLY (3/1) is the one for me here despite unseating when fancied at Kempton over Christmas. Politologue will be a warm order after giving Altior a massive scare at Cheltenham before settling for second, but Waiting Patiently has Politologue's number in my book. He accounted for him by two lengths in a race won by the mightily impressive Cyrname at Ascot most recently. The fact that Waiting Patiently missed Cheltenham and comes here instead is apt given his name, and it may well pay off.

16:05 - BALLYHILL (12/1) is the eachway selection in this given his course form and recent run of good handicap form. He has been jumping well and will need to again to figure here but he's in the hands of a very good trainer, Nigel Twiston-Davies and his son Sam who takes the ride. This horse won at his ease at Aintree in December and his Cheltenham run in January reads very well considering the winner that day Siruh Du Lac followed up with a win at Cheltenham. Janika will be the main rival here and he has form to reverse on that front but the handicapper has been kind to him.

16:40 - The Irish horses have been doing well this week but they'll have the home hero Champ to overcome here. He was a warm order for the Ballymore at Cheltenham before going down by two lengths to City Island. It's interesting to note that DALLAS DES PICTONS (9/2) also has form with City Island, finishing three lengths behind him at Navan in December. He also ran well to be second in the Martin Pipe at Cheltenham. Dallas gets the nod to deny Champ a win on the big stage yet again.

17:15 - SANTA ROSSA (3/1) gets the vote in the last for a trainer who does very well in this sphere. Canardier is another who excelled in the national hunt flat scene for Dermot McLoughlin before turning to hurdles and this horse can take a similar path. He's already won two on the spin and comes here fresh having swerved Cheltenham. It's not a race to be investing much in but at a push, he'd be the one I'd have.