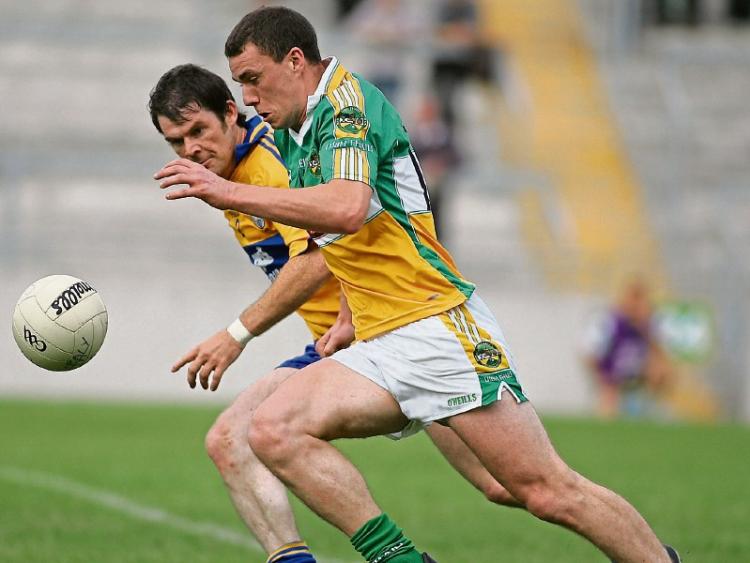 McNamee in action for Offaly

Offaly have avoided relegation from Division 3 by the narrowest of margins this afternoon.

A point four minutes into injury-time from Mark Abbott secured Offaly a 1-11 to 1-10 win away to Sligo. In the other game that Offaly needed to go their way, Laois did their neighbours a much needed favour with a 1-15 to 1-12 win over Carlow.

When the dust has all settled, it means Offaly and Carlow are level on points in the table and while Carlow have a better score difference, Offaly stay up as a result of their 0-15 to 1-9 win over Carlow a month ago today.

While Abbott got the winning point for Offaly, it was Niall McNamee who kept Offaly in a position to win the game. His goal after half-time put Offaly in front at 1-5 to 0-7 and after Sligo got back in front with a goal and led by 1-7 to 1-6, it was McNamee who hit four points in a row for Offaly to keep them in the game.

Offaly will remain in Division 3 next year and their next competitive game will come on May 12 away to Meath in the Leinster Championship.