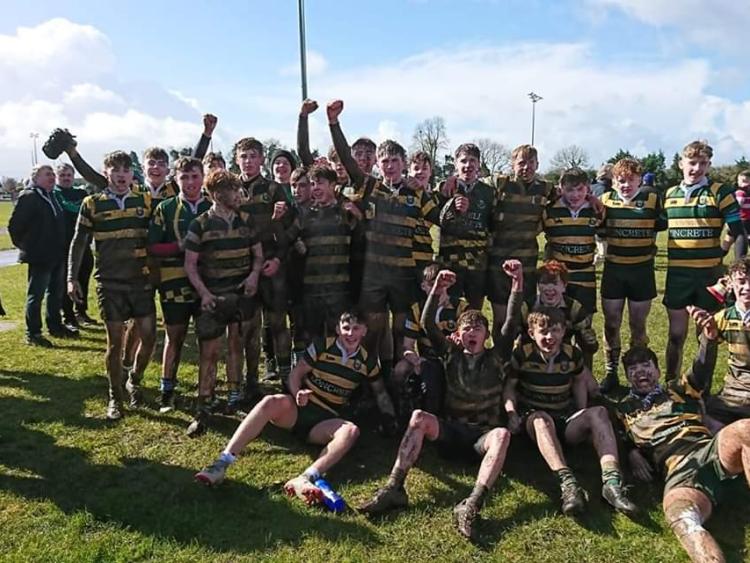 Going behind by seven points in early stages, they got themselves back in the game with an opportunistic try by scrum-half Conor Reams which was converted by fullback, Adam O’Carroll.

Conor Poland then got a nice try after some great teamwork which left the score 12-7 at halftime.

In the second half, West Offaly were playing against a strong wind and Wicklow threw everything at them but they held out with some spectacular tackling, especially in the wide channels where Paddy Taaffe, Adam O’Carroll, Adam Greene, David Doonican and James Buckley made some fine last gasp tackles.

The forwards were excellent at the rucks and made life difficult for Wicklow, particularly joint captain Luke Balsiger, hooker Shane Berry and No. 8 Conor Poland as well as John Doonican, Fergal Bracken and Seamus Daly who did a lot of the hard work.

Sean Flannery, Cian Boylan, Conor Doonican and Sean Quirke proved to be the finishers with excellent displays off the bench.

Eventually Wicklow equalised with four minutes remaining but missed the conversion to leave it level and heading for a replay.

Not to be denied, however, West Offaly got possession and brought the ball to the Wicklow 22, and after 17 phases of play with all 15 players involved, joint captain Nick Cusack went over for the winning try.

It was a magnificent win for West Offaly against one of the giants of Leinster rugby.