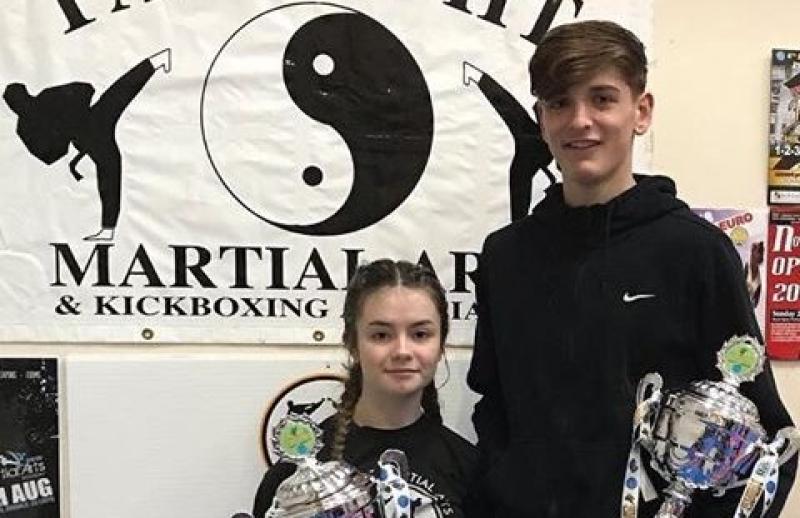 Two local fighters claimed success at the 2019 Irish Open, one of the biggest martial arts competitions in the world.

Both athletes train with Tallaght Martial Arts and travel to Dublin several times a week for training.

Naoise, a third year student at Oaklands Community College in Edenderry put on some incredible performances over the weekend and battled her way to the top of huge sections to win gold in the older cadet -46kg category.

Conor, who is currently based in San Francisco before he goes to college in September, travelled over to compete and it was worth the trip when he topped the podium during the night show in the junior -79kg category.

Conor recently podiumed with his American Team Proper in both Chicago and New York. He was delighted to see his two worlds collide and have both his Irish coach, Dave Heffernan and his American coach, Junior Salientes behind him last week.

Naoise and Conor are incredibly dedicated athletes and would often train together when they're not training in Dublin. Next stop for both athletes are the national qualifiers for the WAKO national team at the end of the month.

Once nationals are over, Naoise, who is an all honours student, will be focussing on her Junior Cert and Conor will return to the USA where he will be preparing to compete in the seeded Open Weight in Atlantic City where eight athletes from all over the world have been hand-picked to battle it out for the title.