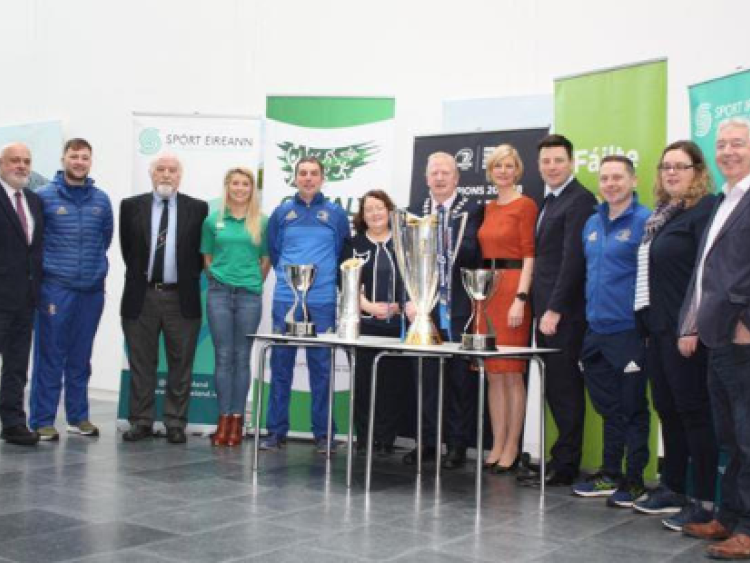 As part of a commitment to the Federation of Irish Sport’s Women in Sport campaign, Offaly Sports Partnership hosted an inter-schools rugby blitz for post-primary girls on Wednesday, March 6.

The blitz was held in conjunction with Leinster Rugby in Tullamore Rugby Club. In excess of 100 girls from five local post-primary schools took part in the event. It was launched with officials from Offaly County Council, Offaly Sports Partnership and Leinster Rugby with the European and Guinness Pro14 trophies at Arás an Chontae in Tullamore this week.

The objective of the 20 x 20 campaign is to increase the participation of women, visibility of women and attendance at women’s sporting events by 20% by the year 2020.

Eamonn Henry, Coordinator, Offaly Sports Partnership expressed the partnership’s commitment to the 20 x 20 Women in Sport campaign. “We will be hosting a number of specific events and programmes for women and girls in the coming years,” said Mr Henry.

“Our next major undertaking will be a sports coaching programme in the summer to upskill young women as coaches and sports leaders”.

He thanked Leinster Rugby for organising the inter-schools and said that the Partnership is open to discussing similar activities for girls and women with other sporting bodies.