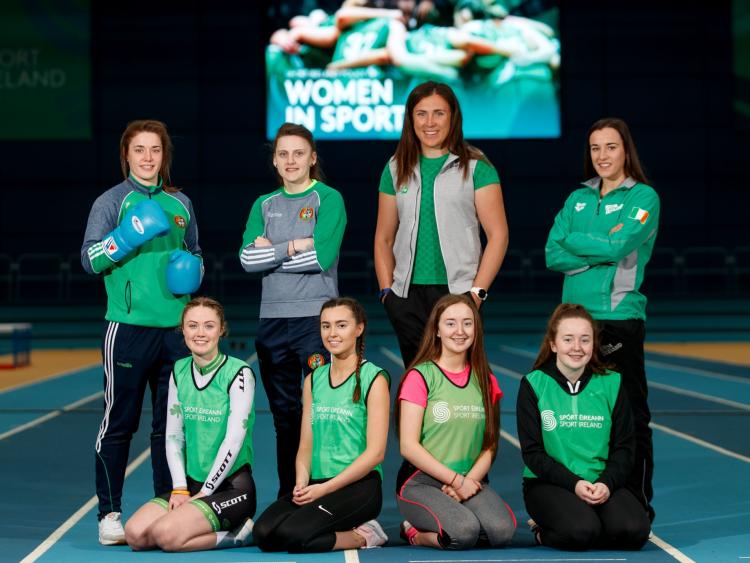 Offaly boxer Grainne Walsh formed part of the launch of the Sport Ireland Women In Sport Policy at the National Indoor Arena, Dublin on Thursday, March 7

Just a day before International Women's Day, Sport Ireland launched a new Women in Sport Policy which aims to achieve equal participation between males and females in sport.

Coaching and Officiating, Active Participation, Leadership and Governance and Visibility are the four key target areas that will be addressed by Sport Ireland’s new Women in Sport Policy.

At the launch was Tullamore boxer and multiple national champion and European medallist Grainne Walsh.

She was joined by a host of eminent names from a variety of sports, including Carey May (former Irish Marathon Olympian), Michaela Walsh (Boxing), Annalise Murphy (Sailing), Dr. Una May (Director of Participation and Ethics, Sport Ireland) and Clare Ryan (Swim Ireland).