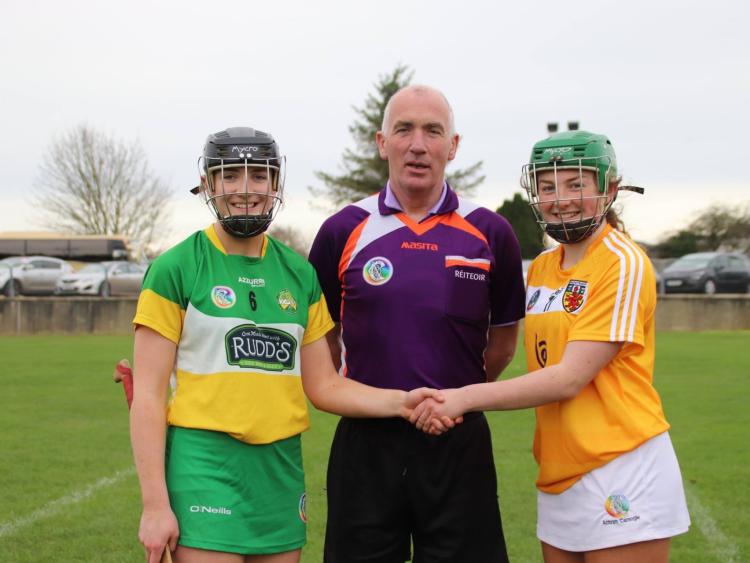 The Offaly Camogie minors began their All-Ireland Minor A Championship last weekend at home against Antrim.

Under the guidance of Mary Shanahan, Pat McCormack, Pauline Kilmartin and Fiona Mahon, the squad fell short to a very skilful Antrim side who won their first ever A level minor game.

Offaly will face Clare on March 9, Waterford on March 16, and Kilkenny on March 30 in their remaining group games.

Offaly faced stiff competition as Antrim won the U16 B All-Ireland last year where they defeated Offaly in the semi-final stages.

Antrim also won back to back minor B titles in the past two years defeating Derry last summer.

Roisin McCormick and Meave Kelly did all the damage for Antrim as they scored 2-11 of the 2-16 total between them.

Becky Byrant and Orla Maher had very good games for Offaly as Bryant found the net just before half time, however, Antrim continued their good form to register their first win of the season.