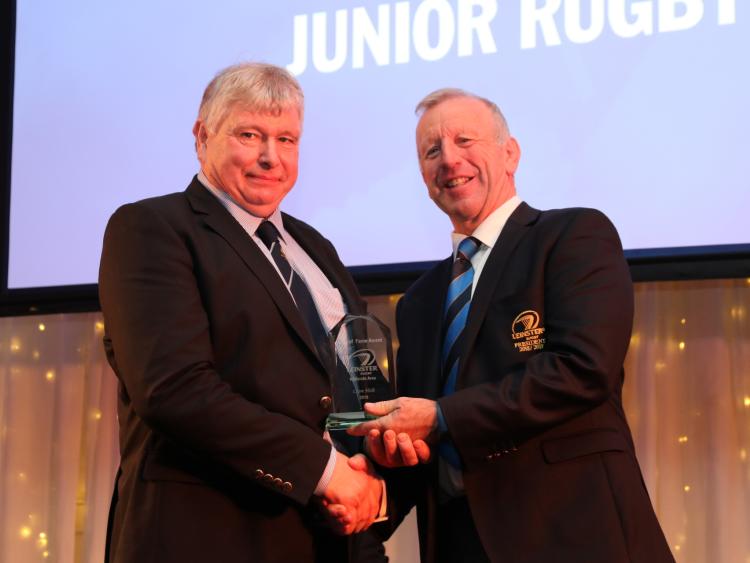 Edenderry Rugby Club legend Liam Holt has been honoured by Leinster Rugby at their recent ‘Celebration of Junior Rugby’ event in Ballsbridge.

With over 400 people from rugby clubs across Leinster in attendance, Liam Holt was honoured in the hall fame for the Midlands area. He was also a nominee in the overall Sean O'Brien Hall of Fame Award. He was presented with his trophy by President of Leinster Rugby, Lorcan Balfe.

Liam Holt began his career with Edenderry RFC in 1979 and was known as a robust and strong player. It wasn’t long before Liam made it onto the starting teams for Edenderry, representing both the 3rd team and 2nd team in his first couple of years with the club.

His skills and strengths were soon recognised by the 1st team and he soon found himself involved playing, week in week out, for the 1st team. His addition proved key to the squad and he was part of the 1st team in 1980 that captured the Midland League for Edenderry after a gap of 14 years.

Unfortunately following on from this success, work and family commitments saw Liam take time out from sport to run the family farm, and amazingly he did not play for Edenderry for almost 10 years after this success.

Liam returned to play rugby towards the end of the 88/89 season and even after such a long time away he returned to the field like a duck to water and All in Edenderry were delighted to have him back. The next few years saw Liam tog out for all senior sides in the club in what was a successful period in the club.

By the time the 93/94 season started Liam was raring to go and competed strongly that season. That year saw the 3rd team win for the first and so far, only time, The Anderson Cup, defeating hot favourites Carlow in the final by 10 points to 8 in an enthralling game.

Liam, at number 6, gave a fantastic display from start to finish. The cherry on top for Liam that season saw him also win the club’s player of the year award.

Following on from this great season, Liam saw himself back in the 1st team and there he remained for the next 5 years competing against the very best in Leinster Junior Rugby, both in the league and the Towns Cup. With the culmination of the season 2003/04 Liam eventually hung up his boots after a stellar career but he was not about to cut his ties with the club.

Around the time of the 98/99 season, the first of Liam’s three children started playing underage rugby and Liam decided to become involved with the coaching and development of the club’s underage system. He served as youths co-ordinator for four years and saw the development in the early years of so many of the current players in Edenderry today.

Highlights for Liam during this time frame period saw Edenderry win their only ever Kettle Cup and in his very last year of coaching, he coached the U16s to a Leinster Cup win with 8 points to 6 victory over Rathdrum. His son Brian played on this team at number 6 and no doubt it would have brought back memories of his own cup win 15 years earlier.

A testament to all his hard work at underage, all three of Liam’s children, Liam Jr, Brian and Miriam have all worn the jersey for Edenderry, which Liam is very proud to say.

Liam also has served on the executive committee of the club for the past 20 years and has held many positions during this time. He served as Chairman from 2006 to 2008, and president from 2014 to 2016. He has also worked as head of the club grounds and an avid member of the lotto committee.

Liam was recognised for his tireless work for the club in 2017 when he was awarded club person of the year. A rugby man first and always Liam not only enjoyed the playing end of the game but also the social camaraderie aspect that rugby so brilliantly offers.

A keen supporter that he is, he has made it his business to each year travel and enjoy the Towns Cup final wherever it is held. A quiet man who does not like the limelight, Liam was truly honoured to be nominated and thanked his wife Grace for all her support during the last 30 years.

He was humbled to pick up his Midlands Hall of Fame trophy in Ballsbridge last week.

The winner of this year’s overall Sean O’Brien Hall of Fame Award was Roger Anderson. Roger is one of the rugby greats of Athy RFC, continuing a family tradition that goes back to the foundation of the club in 1880. Playing at scrum-half, and with a rugby career spanning from 1972 to 1994, Roger played on six Provincial Towns Cup final teams, winning three PTC medals. He captained the Athy team for the 1975-76 season. Roger also played for the Leinster Junior team for many years.

Edenderry's Robert McDermott, former Leinster Rugby President and member of Edenderry RFC, who was chairman of the organising committee said: "The Celebration of Junior Rugby lunch was an outstanding success. It is a unique opportunity for rugby people to meet up and network and have plain old good fun."

"The Hall of Fame inductees were of an extremely high standard again this year and it was a very difficult task picking out a winner. Roger Anderson was a very popular winner and to have Sean O’Brien to present his own trophy to Roger was well received by all."

"The panel of Joe Schmidt, Josh van der Flier, Sean O’Brien and Peter Dooley along with MC Phil Lawlor entertained the room. A big thank you to all who made this year event such a success." 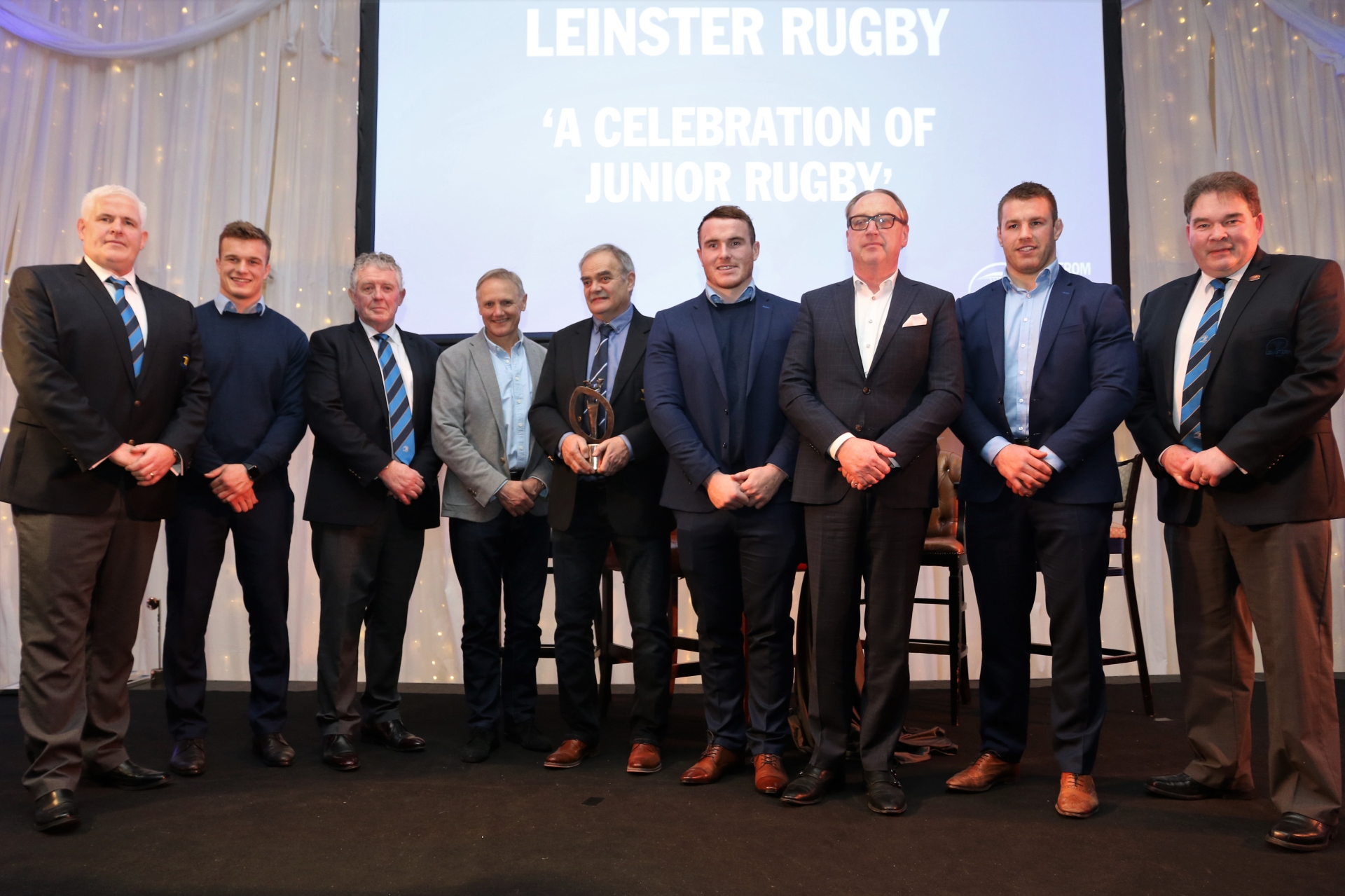