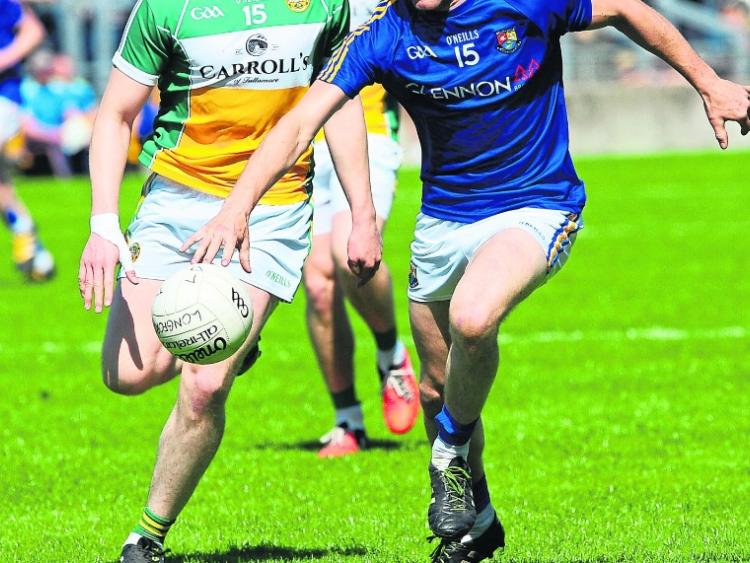 OPINION: Offaly football merits ambition despite naysayers in the county

I read a tweet after Offaly's loss to Westmeath at the weekend that made me despair for the lads in the current panel. The social media expert labelled them the "same old Offaly" as if to pass the defeat off as inevitable.

Another reacted to the story of Niall McNamee returning to the panel by saying, "you can bring in the Pope to manage those lads and it still wouldn't work." This person continued to remind us all how good Offaly were in the 80s, requesting that some of those lads be brought back in to teach "these 'strut the stuff' Guy Clothing models how to really play football."

Another user countered that inadvertently when he suggested Offaly football's demise and wallowing around the bottom two divisions has come about from years of beatings and "being talked down." The sad fact is that the comments above were made by Offaly supporters, in name only, it would appear.

There will always be that element in every county but it seems to have permeated the 'Faithful' on social media more than anywhere else. Some say 'truth outs' on social media, but it can be a real cesspit for trolls, and it's sad to say we have a sizeable colony here in Offaly. They have the county crest as their profile picture but their opinion is the antithesis of this very public 'show' of support.

The mentality of fans has an effect on players. You could feel it in O'Connor Park this time last year when the team was playing less than inspiring football and the panel appeared to be falling apart bit by bit. That too is down to management but the attitude in the stands and surrounding a team on social media does play a part.

What did Davy Fitzgerald give the Wexford hurlers more than anything else when he took charge in 2016; or Jim McGuinness in Donegal before their 2012 All-Ireland win? Wexford hurling was in the doldrums, and while Donegal were in Division 2, they had been misfiring for a long time, having not won an Ulster or All-Ireland title since 1992.

The single biggest thing those managers fostered was ambition, a belief that their respective counties were worth more than their meagre existences at the time. It's a chicken or egg debate when it comes to which comes first; a belief among players or supporters, but one thing's for sure, both saw a marked upturn in fortunes.

The reality in terms of quality and circumstance can absolutely stunt such ambition, and we need look no further than the Offaly hurlers to see that. 12 months ago, Kevin Martin had masterminded a huge win over Dublin in the league and things were looking up, but the summer that followed saw them turfed out of the Leinster championship and into the Joe McDonagh Cup.

The team had fallen into an abyss not experienced by an Offaly team in recent memory. Having never been so far down the well, the chink of light diminished and the will to reach it may have just ebbed away in the intervening months. Defeats like the one to Waterford at the weekend do little to inspire the climb.

Offaly football too has been through a turbulent 18 months. In that time, Pat Flanagan's term came to an end, Stephen Wallace took charge of an ill-fated era, Paul Rouse steadied the ship, and John Maughan took the hot seat. The comings and goings from the dressing room in that time have also been significant. Brian Darby retired and came back briefly under Rouse, Niall McNamee hung up his boots only to return for Maughan, while the likes of Sean Pender, Michael Brazil and Conor McNamee have all stepped away.

The mire, however, seems to have brought about an awakening in a young Offaly panel that has grown up through a lean spell for the county, without even the rousing living memory of 82' or the 1970s trailblazers. The likes of Niall Darby, Anton Sullivan, Johnny Moloney and Bernard Allen are now the senior players, and there is a cluster of new talent now being given a chance to come to the fore.

The game has moved on too and the so-called professional era has somewhat passed us by. The introduction of proper processes and background structures in Offaly has been majorly hampered by the constant changing of the guard on the sideline. Pat Flanagan came closest to implementing a longterm plan but was apparently thwarted in those efforts by the county board.

John Maughan has arrived and is perhaps the biggest name to take the Offaly job since the turn of the century, an odd appointment for sure, but one that appears to have energised the charges. The players in the camp are impressed and Niall McNamee returning is a sign that something special may be happening out in the Faithful Fields.

Offaly are not world-beaters by any stretch of the imagination, but any and all previews of this year's league cast our lads as the whipping boys, a group that will aim to dispel past upheavals to hang on once again to Division 3 status. Longford are better, Down are better, Laois are better, Westmeath are better - this is what we're told and it's easy to believe when judging Offaly on their recent tradition.

However, going on the soundings from within the panel this year, that is an assessment pinned to the dressing room wall. There are greater ambitions abound for 2019 and rightly so. Offaly may have lost their opening game and gave up and eight-point lead, albeit against a stiff second-half breeze, but there was a buoyancy among the crowd who had actually witnessed the performance as they funnelled out of O'Connor Park.

The same can be said of the players who haven't been deterred since the game. They were happy with the performance and it's clear they've completely bought into Maughan's methods.

Perhaps those talking the team down on social media need to realise that they too have a part to play in any revival. We can do better than merely survive in Division 3.