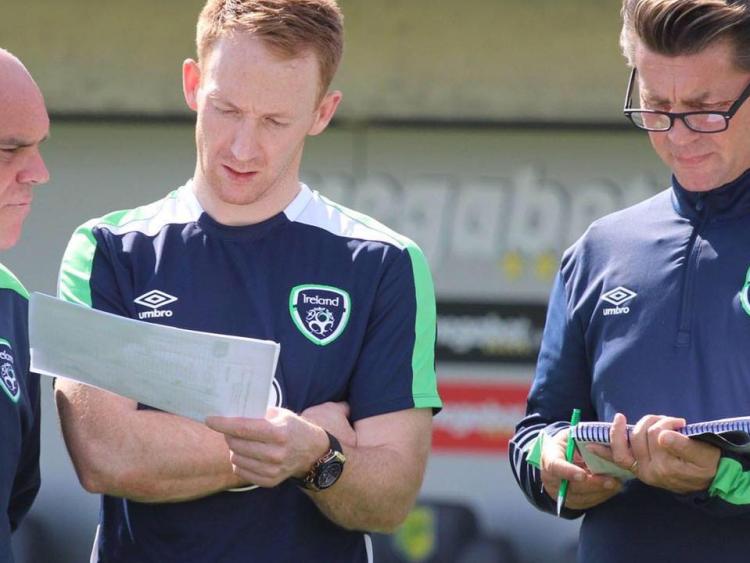 Stephen Kenny has named an Offaly coach to his backroom team for 2019. The former Dundalk boss made the announcement as he unveiled his U21 training squad which will begin preparations for their upcoming UEFA U-21 European Championships campaign, which starts in March against Luxembourg at Tallaght Stadium.

Gary Seery, who is currently working as FAI development officer in Offaly, joins the U-21 coaching staff from the Republic of Ireland Women's National Team.

Seery was performance analyst for the women's team for six years, working under managers Sue Ronan and Colin Bell. Currently working with the grassroots in Offaly, Seery has extensive analysis and coaching experience.

Kenny has also named the rest of his backroom team for the upcoming campaign. Keith Andrews, former Ireland international who is part of the current FAI UEFA Pro Licence course, will become assistant coach alongside Jim Crawford, who leaves his role as Ireland Under-18 Head Coach, former League of Ireland winner Dan Connor will continue his role of goalkeeping coach, while Damien Doyle joins as the strength and conditioning coach.

The medical staff is made up of Ronan Kearney, Team Doctor, and Kevin Mulholland, physiotherapist.

In the squad itself, a total of nine different SSE Airtricity League clubs are represented. The training squad will take on the Ireland Amateur team in a friendly game at Whitehall Stadium on Wednesday, February 6 at 7.45pm.

Kenny has also announced that the U-21s will take part in the 2019 Toulon Tournament. Ireland have previously competed in the tournament six times and will travel to France in June.