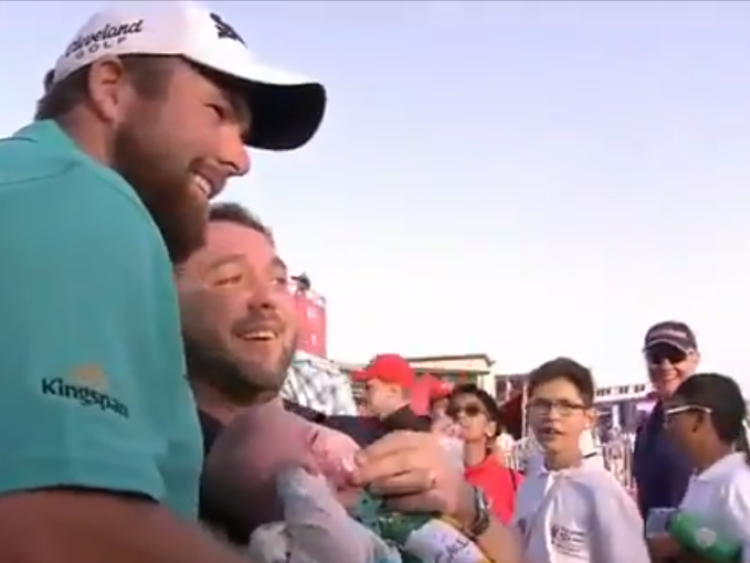 The well-travelled Offaly jersey has once again turned up on the opposite side of the world as Shane Lowry blazes a trail at the Abu Dhabi HSBC Championship in the UAE.

The Clara man had just put the finishing touches to his third round, leaving him in a three-shot lead heading into the final day, when he bumped into one of his youngest fans. He went on to win the tournament in a dramatic final round.

A lucky fan and his young child caught Shane's attention as he headed back to the clubhouse to sign his card, causing him to stop and pose for a photograph. See the heartwarming exchange below:

Leader by 3.
Third round 67.
Posing for pictures.

Shane Lowry can do no wrong at the moment. pic.twitter.com/v4z2EcrnxW

The young Lowry fan was sporting a half-and-half Offaly and Kerry jersey. Lowry has been attracting huge support with his scintillating performance in Abu Dhabi this week.

He also handed the baby's dad a golf ball as a souvenir.

The man is a gent!

Shane will complete the tournament on Saturday morning, commencing his final round with a three-shot lead.