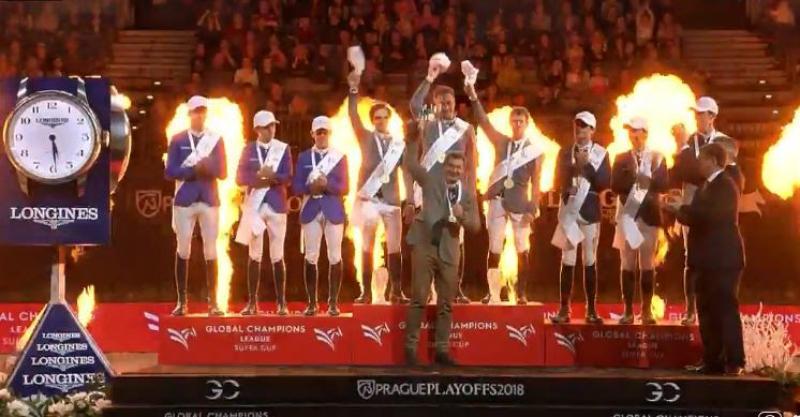 A brilliant double clear round from Wexford's Bertram Allen and the 11-year-old gelding Harley vd Bisschop,helped Valkenswaard United to a runner-up finish. The Valkenswaard team, which also included Germany's Marcus Ehning and Italy's Alberto Zorzi, finished on a two round total of 17 faults to collect almost €1.4 million for their second place finish.

The huge winners prize of over €2.7 million went to the Madrid In Motion team of Marc Houtzager (NED). Maiker Van Der Vleuten (NED) and Eduardo Alvarez Anzar (ESP) on a final score of 11 faults.