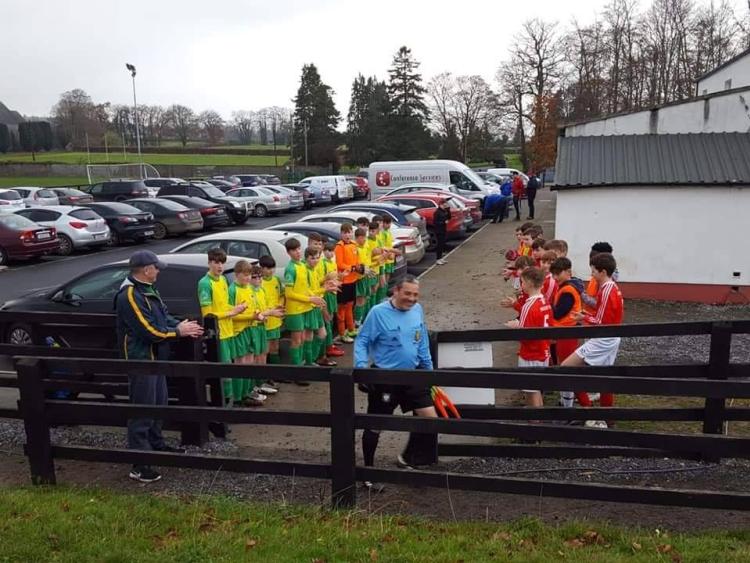 A group of young players in the Midland Schoolboys League have made an incredible gesture to referees following an attack on an official in the adult league last weekend.

Daniel Sweeney sustained serious facial injuries during an attack by at least three men, including players, at a match in Horseleap on Sunday, November 11.

The game involved Horseleap and Mullingar Town with the alleged attack being carried out by members of the latter team.

However, players from Emo Celtic and Mullingar Athletic rallied around match officials on Saturday, November 17.

They formed a guard of honour as referee Mark Lee made his way from the dressing to the pitch to officiate in their game.

The players made the action to show support for all referees after the vicious Horseleap attack.