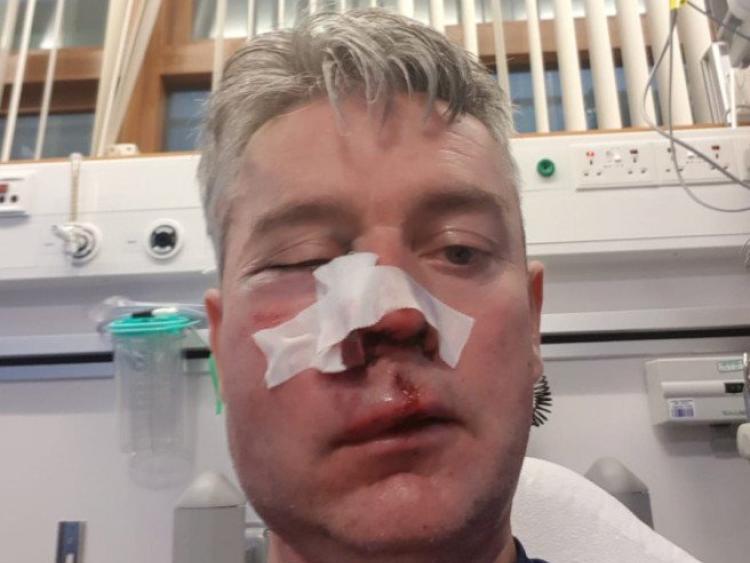 The Minister with responsibility for Sport, Brendan Griffin, TD, will today discuss the alleged attack on a football referee in the Midlands when he meets FAI CEO, John Delaney.

Tullamore Gardaí are investigating an alleged assault which left a referee hospitalised after an amateur football match on Sunday.

Minister Griffin said: “I was appalled when I was alerted to this disgraceful incident over the weekend and I intend to raise the issue of referee welfare with John Delaney when I meet him later today."

"In all sports, referees are critical to our fixtures taking place and no person who goes out to officiate a game should find themselves in a position of having to defend themselves against a sickening attack of this nature."

"I would urge anyone with information relating to this matter to contact Tullamore Garda Station and the message must go out to all that there is no place for violence in sport. I send my best wishes for a speedy recovery to the referee involved in the incident and hope that his love of the game is not destroyed by this distressing matter," Minister Griffin added.

"I played soccer for nearly 15 years in the Kerry District League and never once saw as much as a hand being laid on a referee. Thousands of soccer matches take place at all levels here every week and there's rarely any issue whatsoever."

"Attacks of this nature are extremely rare but any such attack is one too many and we need to do our level best to ensure that the risk of such a thing ever happening again is minimised," he concluded.

Gardaí continue to urge witnesses and a group of around 30 spectators who attended the game in Horseleap to contact Tullamore Garda Station.