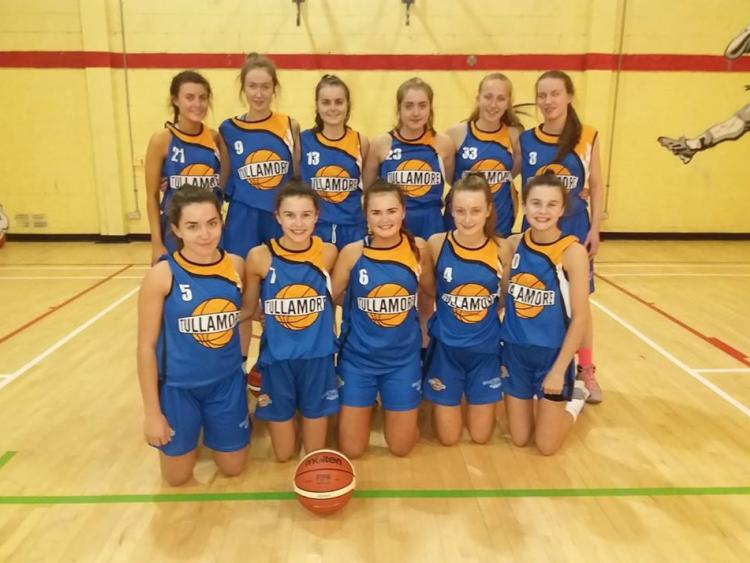 Tullamore was well represented at the recent National Cup competition in Dublin with the u16s and U18s making waves on the national stage.

The Under 16 girls took part for the first time ever in a National Competition over the weekend when they made the journey to St Fintan's Sutton in Dublin to take part in the pool section.

A tough opener against Portlaoise Panthers went the way of the Laois Club 83-44 with Emma Hand 14, Emma Glavin on 12 and Meadhbh O Brien on 7 top-scoring for Tullamore. Niamh Lydon was also excellent in this game.

History was made in their second game with a first-ever win in the National Cup for Tullamore and to beat a team from fabled Killester Basketball Club of Dublin with 2 Internationals on board made it doubly memorable.

The final score was Tullamore 72 Killester 56. Meadhbh O Brien top scored with 17 points ably assisted by Emma Hand on 14 and Ellie Glavin on 12. Roisin O'Brien was Tullamore player of the match for her defensive shift while also scoring 7 points. Incredibly Tullamore scored 52 points in the first half of this game.

This win qualified the girls for the knock out stage on Sunday where they took on one of the competition favourites St Marys of Castleisland.

The result of this game was Tullamore BC 57 St Marys 90 and so Tullamore exited the 2018/19 Under 18 National Cup with pride intact after giving a great performance against eventual pool winners Castleisland.

Grace Halligan was the star of the show with an incredible 25 points mostly from long distance shooting while also being a determined defender all through. Emma and Ellie Glavin got through an amount of work while also clocking up 17 points between them.

Aimee Bard shot 7 again from distance while Faith Greene, Aoife Maher and Niamh McGann also got on the scoresheet. Una McNamara had the unenviable task of guarding some of the imposing Mary's players but through sheer determination, she acquitted herself admirably.

The Tullamore team now go forward to the Shield competition later in the year.