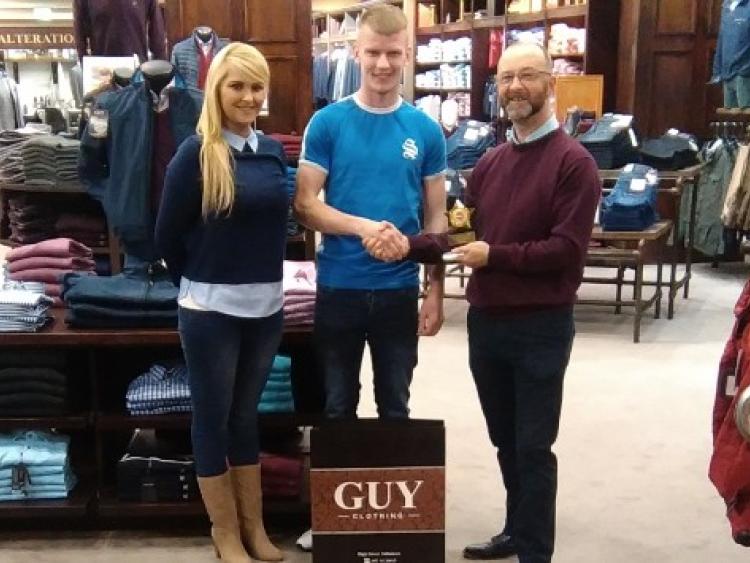 IT'S OFFICIAL! Kevin Keyes is our Offaly Sports Star of the Month for September 2018

Edenderry superbike racer Kevin Keyes has been presented with his award after winning the Offaly Express/Guy Clothing Sports Star of the Month vote for September 2018.

Kevin is the reigning Offaly Sports Star of the Year for 2017, and came out on top once again in the September poll with 48% of the final vote.

Fellow Edenderry based kickboxer Jordan Doran pushed him all the way and eventually finished second with 38%. Mairead Kavanagh was next best on 4%.

Kevin enjoyed a spectacular September. Despite a fall and broken wrist early on, Kevin put in stunning performances in Oulton Park and Silverstone. Having been forced to start from the back of the grid in Silverstone, Kevin made up 18 places before taking the line, while he earned a podium finish the following week at Oulton Park.

He eventually went on to finish 4th in the overall British Superbikes Superstock 600 class.

Kevin will now go forward as our September winner for the ultimate Offaly Sports Star of the Year 2018 vote which will launch in early 2019.