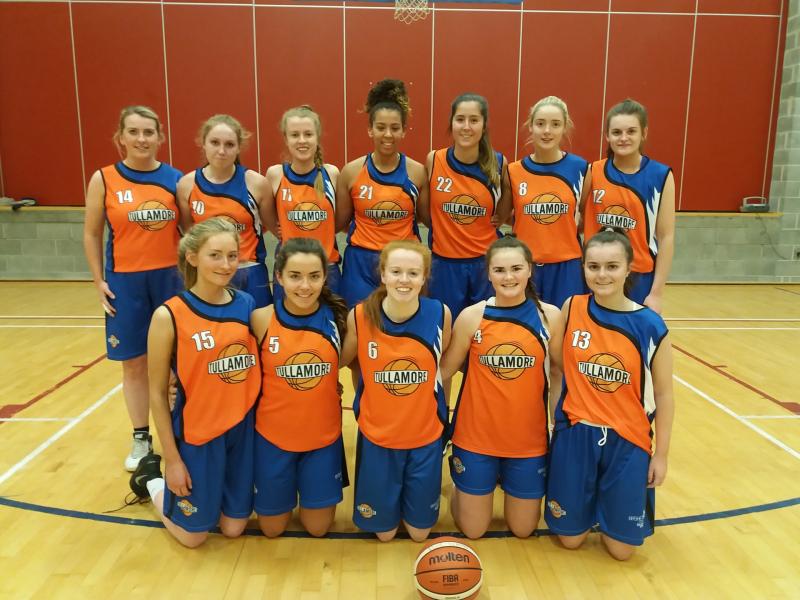 Tullamore Orange Senior Basketballers got a taste of the game at the highest level last Friday night in Colaiste Choilm with their first foray into the National Basketball Competition.

The challenge proved a step too far as a young mobile and extremely committed Fr Mathews team gave the Tullamore girls a glimpse of the pace of the game at the highest levels.

Cork side Mathews employed a trapping full-court defence early that unsettled the local team and really the game was done and dusted at the end of the first quarter with Tullamore trailing 7-21.

The rest of the game proved more even as Tullamore managed to gain a foothold with highlight baskets from Marisa Howard from 3 point range.

Mathews mixed up the trapping with a 2-3 zone which allowed Tullamore to get into a small bit of rhythm and in fairness, the quality of their shooting came to the fore with 7 three-pointers from Aoibheann O Mahoney, Grace Halligan, Rebecca O Mahoney, Ally Esielionis and Marisa Howard before the final quarter began.

Unfortunately, the leaking of fast break scores was Tullamore's undoing. 49 was a good total, in the end, considering so many missed chances but Mathews were out of the gate and finished on 82.

The game had a lot of scorers with 11 different players finding the mark for Mathews, led by Point Guard Danielle Murphy Riordan on 26.

Tullamore had 8 different scorers led by Marisa Howard on 17. Ally Esielionis hit 8 while Grace Halligan topped off a great game by scoring 8 also.