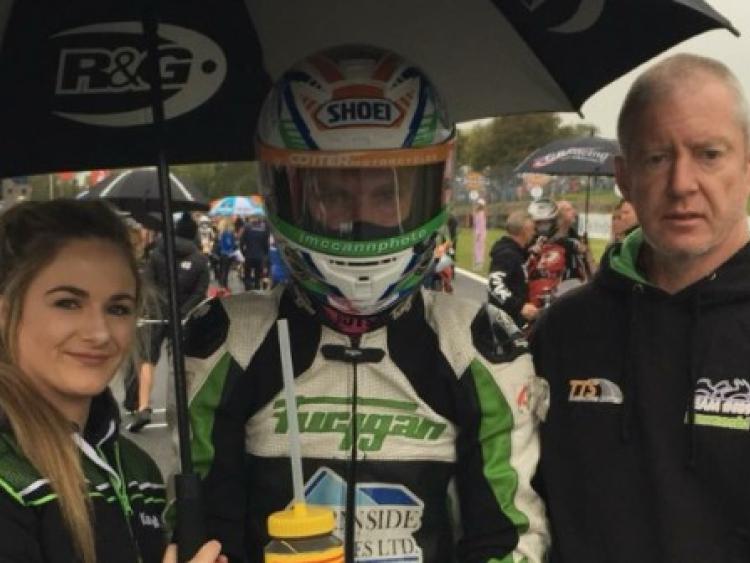 The final round of the Bennetts British Superbike Championship took place at the Brands Hatch GP circuit last weekend.

Heading into the weekend Kevin Keyes and his team knew that he had an outside chance of finishing the Pirelli National Superstock 600 Championship in 3rd position, dependant on the finishing positions of other riders.

So with that in mind, he took it easy in his first free practice on Friday morning. A damp-drying track early on left him and many others decided to sit out the session after just a few laps.

The cooler temperatures this time of year meant that the track wouldn’t dry as quick as expected. The second session in the early afternoon was to be a completely dry one, so from the start, Keyes went out with all guns blazing.

For the opening half of the session he was inside the top 5, he then came into pit lane for some minor adjustments to the set up on his Fernside Homes Kawasaki. As soon as he returned out on track, he went quicker again and kept improving his lap times every lap until the end, when he put in his fastest lap time on his last lap to finish in 2nd position.

Qualifying early on Saturday morning was again a dry session. Again he battled hard throughout the 25-minute session, finishing in a good 5th place spot, middle of the second row for Sunday’s 12 lap race. Later that evening, in his last 10-minute practice session, he had great pace again, finishing in 2nd position.

Set-up on the Kawasaki for Sunday's race was a tough decision after early morning rain. But a dry set-up was chosen by Keyes and his team after the previous side-car race had left a dry line on track. As in previous races, with Keyes starting inside the front 6, although he did get a good start off the line he didn’t improve on 5th.

However, after just a few laps and racing at a brilliant pace, he caught and overtook 4th and 3rd, before then catching 2nd and taking that spot as well.

Keyes then fought hard for the remaining laps to hold that 2nd place, but an unfortunate mistake by him on the last lap let the 3rd & 4th place riders through to deny him a podium finish in the last race of the season. 4th place left him finishing 4th overall in the championship, just 6 points behind 3rd, the difference in points meaning that even if he had finished the race in 2nd, he still would have finished the championship in 4th, just one point off 3rd.

Kevin's fourth-place finish has to be taken into the context of him missing the first round, bike issues at a couple of rounds, not to mention a broken wrist late in the season. He has caught the eye of other teams in the BSB paddock, and it will now be a difficult decision over the next few weeks to choose which class and team to race for in 2019.

The Kevin Keyes Supporters Club this week thanked Kevin and his team, mainly consisting of his father Ron, mother Ann and girlfriend Sarah for "the unbelievable effort they put into this season's racing," adding, "we look forward to supporting them again in whatever class and whatever team they decide on next year. We also wish them an enjoyable and relaxing off-season."

They also thanked everyone who supported a recent fundraiser for Kevin, in particular, the local business people of Edenderry and surrounding areas.

"With theirs and everyone’s generosity we raised just over €2,000, which both ourselves and Kevin greatly appreciate and will go towards helping his racing next year."