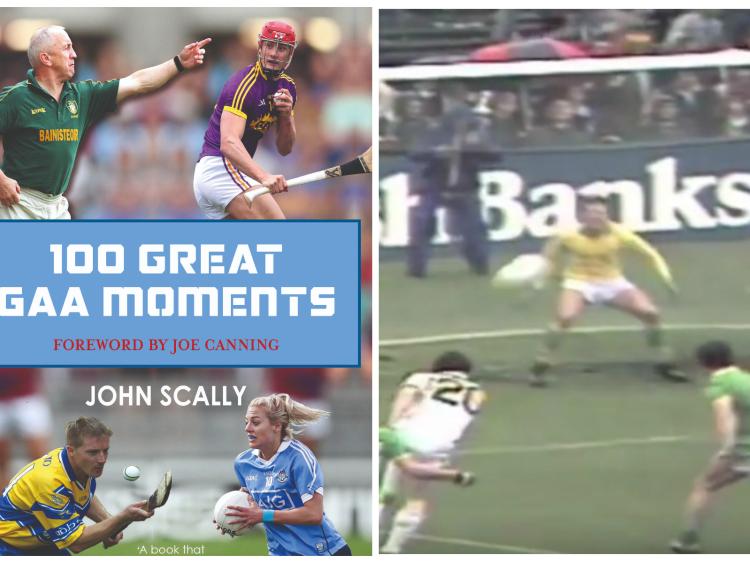 Scally’s previous books include best-selling biographies of Dermot Earley, Pat Spillane and Ger Loughnane, and this new book gives a fascinating insight to the 1982 All-Ireland, on both the winning and losing side, as Offaly halted Kerry's five-in-a-row bid. The book particularly focuses on Offaly's manager on the day, Eugene McGee.

Scally claims that Offaly manager Eugene McGee must take a lot of the credit for Kerry’s failure to win the five-in-a-row in 1982. "His Offaly team asked a lot of questions of Kerry in the All-Ireland semi-final in 1980 and the final in ’81. Of course, McGee’s decision to send on Seamus Darby with just a few minutes to go seems the greatest substitution in the history of the GAA as he sensationally got the winning goal. Nobody in Kerry will ever forget it," John said.

"As a manager, McGee first came to prominence in club management in the seventies with UCD. But it is that 1982 All-Ireland win that has immortalised him," Scally explained.

The author went on to recall, "the first half was open and it was a very good game of football. In the second half it started raining fairly heavily and the game deteriorated a good bit. Kerry dominated for a long time and Offaly were lucky enough to stay with them."

"Martin Furlong’s penalty save from the normally lethal Mike Sheehy was very important. If Kerry had scored that, Offaly may not have come back. The rest is history. They were four points down and got two frees to put them two points behind," he continued.

"Then a long ball came to Seamus Darby and he banged it into the net. All Croke Park went wild but there was still a minute and a half left in the game and they had to hold on with all their might."

Eugene McGee’s reaction to the win was to say, "The magnificent players on that team personified not only their own accomplishments but the sacrifices of generations of Offaly people who made that moment possible."

"I am very conscious of all the people who organised games and travelling arrangements down through the years, regardless of personal inconvenience or harsh weather. Without those people, the sequence which led to Offaly's historic success would not have started. The fact that the years of disappointment have been wiped out with that win gives me a certain amount of pleasure," McGee said at the time.

On the other side of the result, Scally notes that Pat Spillane remembers the game with less exuberant memories, "In 1982 Kerry planned a trip to holiday to Bali in the Far East to celebrate what we had expected to be our five in a row. After sensationally losing the final to Offaly one the lads said that the only Bali we would be going to was Ballybunion! Another said, It won't even be the Canaries this year. All we'll get is the Seagulls."

"It has been said that we didn't underestimate Offaly in 1982 - they were just better than we thought," Spillane said.

100 Great GAA Moments is out now and available from all good bookstores.