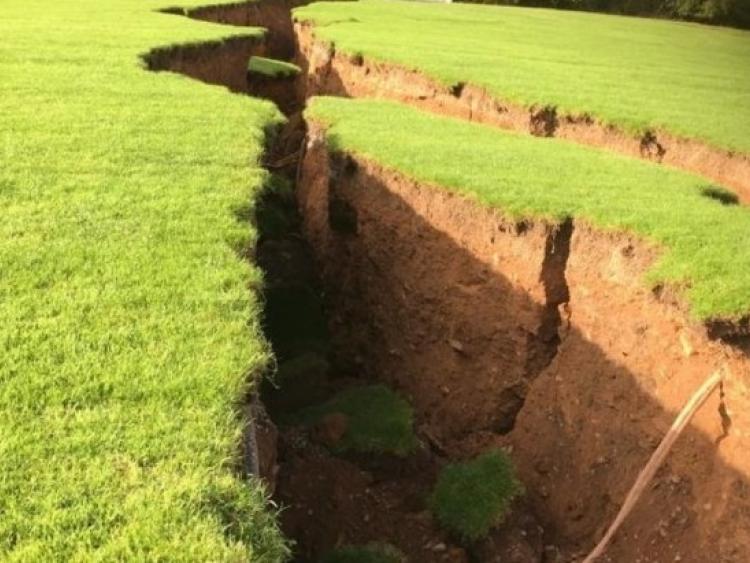 An Offaly GAA club has donated a portion of the donation they are set to receive from businessman JP McManus to the Magheracloone Mitchells GAA club in Monaghan.

Magheracloone were this week hit with a major sinkhole as a result of a collapsed mine. The sinkhole stretches across the club's playing pitches and part of their ground near their clubhouse.

The news came in the same week JP McManus donated €3.2 million to GAA clubs around the country. In the gesture celebrating his native Limerick's All-Ireland win, JP will give every GAA county board in the country €100,000 to divide between their respective clubs.

Magheracloone were one of the first clubs to thank JP, saying, "we'll need it," but now clubs like Belmont in Offaly have started promising a part of their own windfall to the stricken Monaghan outfit.

Taking to social media to express their gratitude for the JP McManus donation, Belmont GAA said, "We've just donated €100 of our allocation to Magheracloone Mitchells of Monaghan GAA. We hope your grounds are repaired as soon as possible."

A GoFundMe page for Magheracloone has already garnered donations of over €5,000 as they prepare to rebuild their place in the community.

You can see more about this appeal by clicking here.