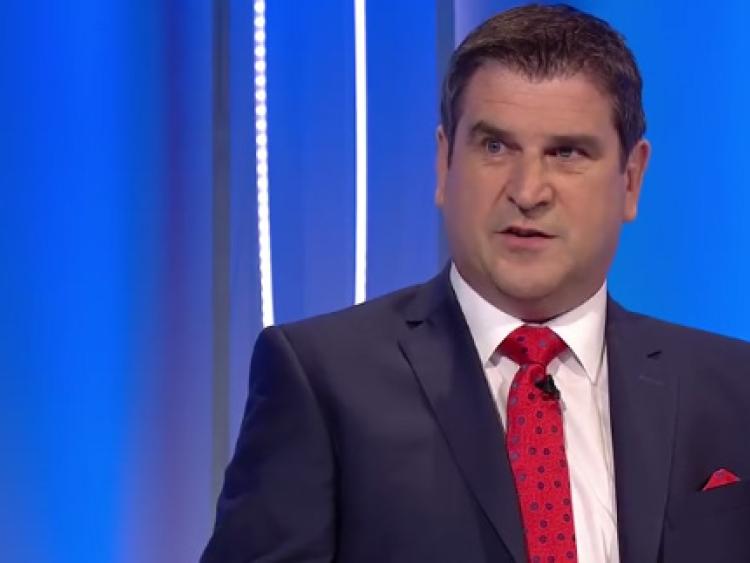 Offaly hurling legend and two-time All-Ireland winner Michael Duignan has said Dublin's football dominance has 'gone too far' as he called for action.

I said 3 years ago that Dublin could win 10 in a row and if they win 1 in hurling they could do the same. I absolutely respect this great Dublin team but it is gone to far. Money only will never beat talent but unlimited financial & human resources can’t be beaten. #partners

Duignan took to Twitter following Sunday's All-Ireland final where Dublin prevailed on a 2-17 to 1-14 scoreline over Tyrone to claim their fourth title in a row.

In the Twitter post, Duignan noted, "I said three years ago that Dublin could win 10 in a row and if they win one in hurling they could do the same. I absolutely respect this great Dublin team but it is gone too far. Money only will never beat talent but unlimited financial and human resources can’t be beaten."

In his winner's speech from the Hogan Stand, Dublin goalkeeper Stephen Cluxton rubbished the thought that Dublin are only winning through money alone, noting the hard work and commitment of players and management at all levels in the capital.

As expected, the reaction Duignan was abundant and mixed with people agreeing and disagreeing in almost equal measure. You can see some of the reaction below:

It's one thing for people to claim that Dublin's success isn't solely based on money, but it's laughable for anyone to suggest it has no bearing whatsoever. In a supposed 'amateur' sport, you have a team spending millions. It's sad it takes a hurling pundit to point this out

Nonsense, them players = self driven ya can see that by the naked eye. And the beauty about this sport is it'll be another team in a few year time possibly Kerry because they've their development squads in order like Dublin did 10/15 years ago.

If its nonsense why can't all funding Dublin get be cut and given to another county. Sure its nonsense you say they don't even need it. Gaa run like a true amateur organisation. Shambles. At least the hurling will remain good a few years yet until Dublin finally dominate that too

You’re right. But the inherent inequality between counties is part of the problem also. Counties with no population are expected to try and compete with one that has a third of the population of the country.

Michael I genuinely enjoy your commentary and insight but if money and resources were the main factor, why haven't our hurlers been involved Year after year? It's what you do with the players and setup that matters

Ffs, success is cyclical the dubs are making the most of their success with one in a generation talent, what have the won at minor level in the past 4/5 years? They haven’t even been in a final. It’s up to other counties to re group and reach Dublin’s level.

Well said @DuignanMichael : for all those saying either 1. these things are cyclical, 2. that money has little to do with it, or 3. to simply get over it, I’d say to see the incredible funding imbalance & to then tell me Dublin aren’t set for 10 in a row https://t.co/QYL2ZWOe4N

And it should be ‘too’ far Michael- absolute shite tweet. Any solutions to this unlimited resources dilemma? Play with 14- only ham sanwhiches after training for the dubs?

This #Dublin side is class. One of the best ever seen. It’s up to the rest of the country to catch up.
Kerry were in 8 finals in 10 years not so long ago. The northerners were supposed to be taking over as well.
It’s cyclical. Kerry will be back and so will Galway.