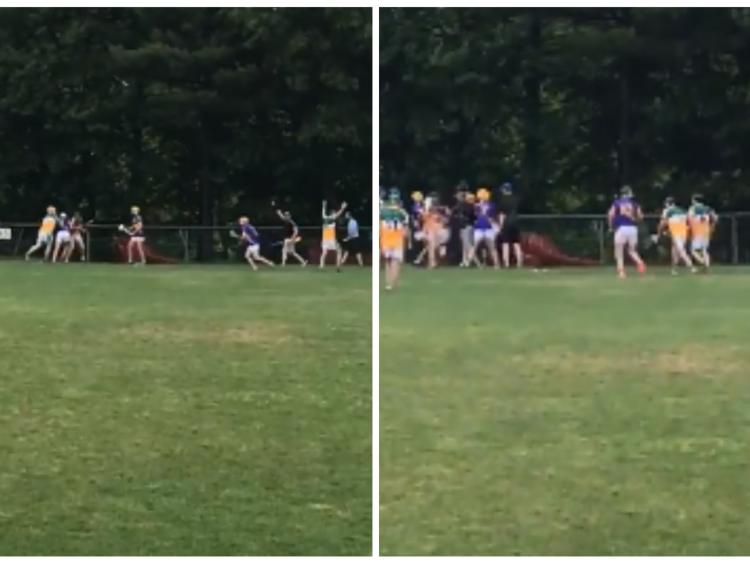 They say the passion for the GAA travels the world. Whether it's the sands of Bondi Beach or America's Atlantic coast, O'Neill's balls will be kicked around, sliotars will be pucked.

That statement is proven by the healthy hurling and football culture, particularly in North America, where emigrants from Ireland keep the tradition alive in tournaments up and down the country.

Whether you're an All-Ireland winner like Diarmuid Connolly or a wandering student on a J1 summer, the call of the GAA stateside is as strong as ever.

If you ever doubted it, take a look at the video below where Offaly's Boston contingent were taking on their Tipperary rivals. Despite being neighbours, Offaly and Tipp have never been the best of friends, and it's fair to say there was a bit of needle in this one as well.

VIDEO: Offaly and Tipp engage in fierce 'clash of the ash' in Boston hurling match

Offaly were playing Tipp in the early stages of the Championship when a sideline scrap for possession led to mayhem. There were hurls flying as both teams 'pulled hard,' leaving shards of ash all over the pitch.

The referee intervened while a nearby American in the crowd was aghast, exclaiming, "Oh my God," as the Offaly and Tipp lads engaged in an ancient ritual.

The clash saw more players intervene to stop the altercation, but the game went on to be played in a fair but hearty manner, we are told.

All we know is, and we're not biased at all, the ball was there and the Offaly man appears to have won it!