IT'S OFFICIAL: Aoife Walsh is the Offaly Sports Star of the Month for July 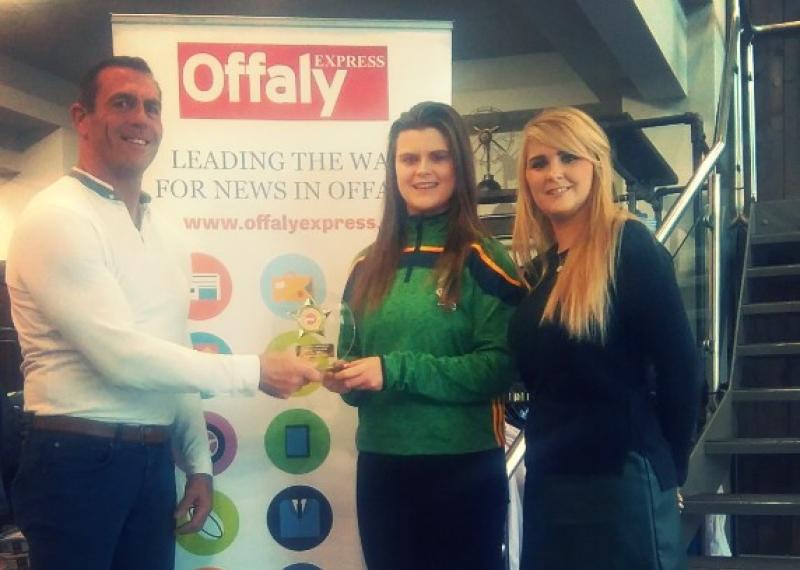 IT'S OFFICIAL: Aoife Walsh is the Offaly Sports Star of the Month for July

Offaly camogie star Aoife Walsh has picked up her specially commissioned glass trophy from sponsors Guy Clothing after winning the July edition of the Offaly Sports Star of the Month awards.

After over 10,000 votes were cast, Aoife came out on top having gone toe to toe with Clara hurler Cormac Delaney.

The pair had 75% of the vote between them with Aoife claiming 43% after an exceptional final day of voting. Cormac was second with 32% while Irish Rugby 7s star Jordan Conroy was back in third place on 13%.

Aoife has been exceptional for the Offaly Junior Camogie team on their run to the All-Ireland semi-final. The Naomh Brid sharpshooter is deadly accurate on placed balls and proved her influence throughout the championship this summer.

She overcame the heartache of a one-point loss to Limerick early in July to bury a last-minute free against Clare a week later. Her total of 0-6 that day proved the difference while she was also instrumental as the team beat Kerry last weekend to set up a semi-final tilt.

Aoife will now go forward as our July winner for the ultimate Offaly Sports Star of the Year 2018 vote which will launch in early 2019.