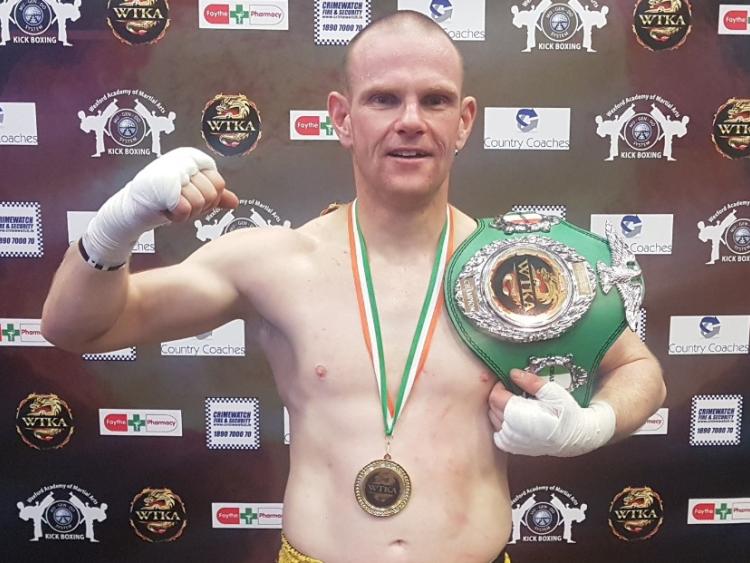 The Ferbane fighter beat the reigning champion Marc Keane by unanimous decision with all three judges giving him the nod over the home fighter and now unseated champion.

It was a hard fought battle with Dunne driving forward, holding the centre of the ring and dominating his opponent to become the new champion.

Cathal's coach Leon Parsons commented that Cathal has put in a lot of work over the last few years.

"He has worked very hard and has finally achieved his dream. No one has worked harder or deserves the title thank Cathal," Leon told the Offaly Express.

Cathal, who fights out of the Wolfpack gym in Athlone, also coaches classes for seniors on Monday, Wednesday and Friday at 6-7pm.