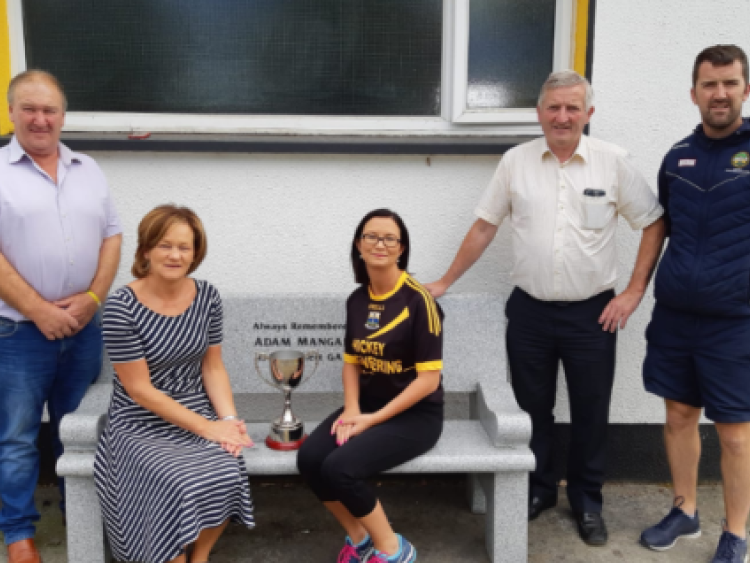 This Saturday, August 18, Offaly Coaching and Games will host their Annual Adam Mangan Festival of Football. Daingean's Adam Mangan was a rising star in the playing fields of Offaly and died tragically in October 2015.

This year the tournament ran preliminary rounds with a Festival of Football taking place in venues around the Faithful County.

Counties the length and breadth of the country will flock to Offaly on Saturday in what promises to be yet another brilliant weekend, as Offaly honour Adam Mangan.

Here are the groups and teams taking part in the tournament: 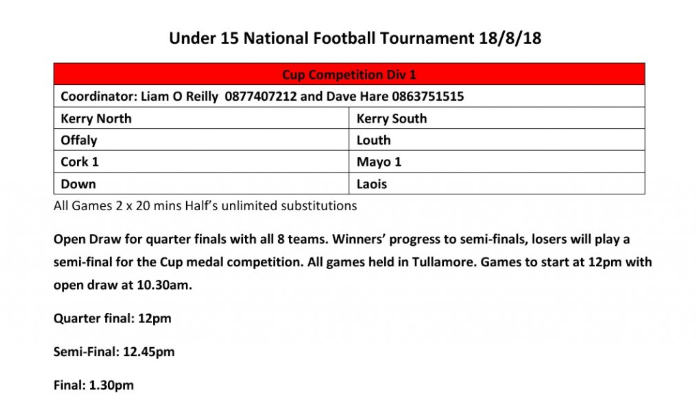 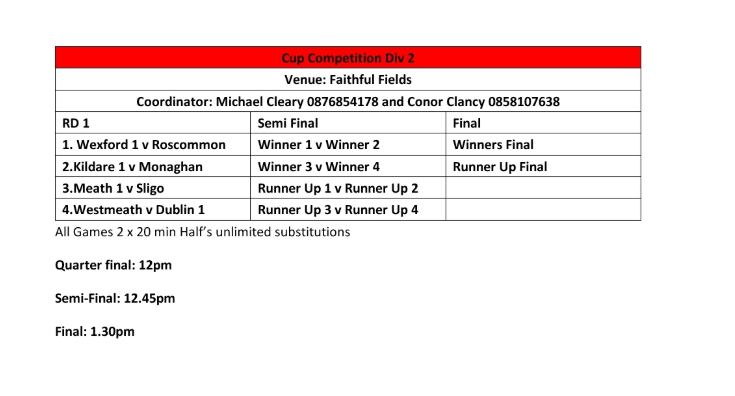 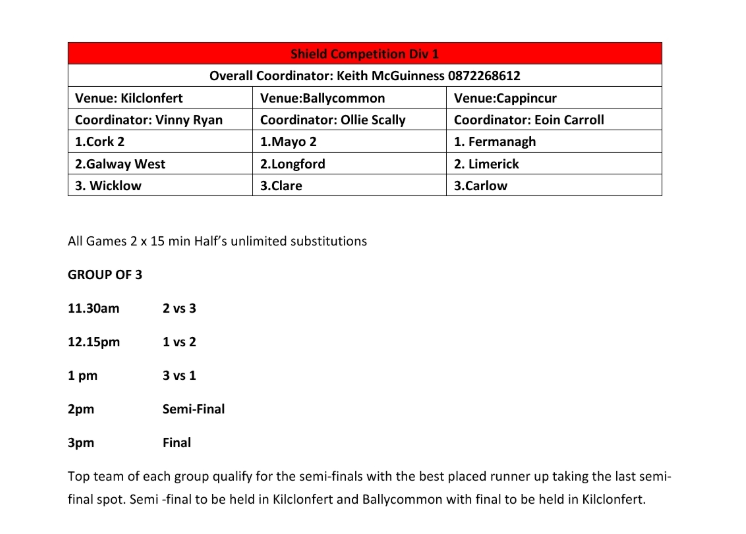 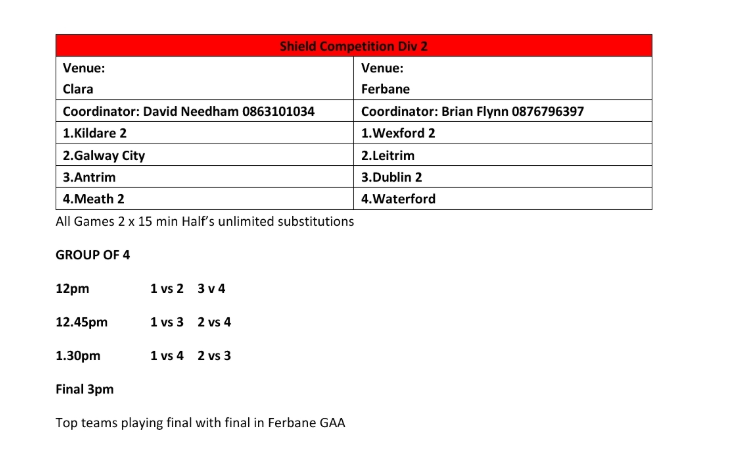 Rules of the Competition

2. All games 15m per half unless stated above. Extra-time in knockout stages 2 x 5 mins. If a draw after extra time, 3 penalties by 3 different players. Only goals count. If still a draw sudden death.

4. Teams equal on points;
a. 2 points awarded for win, 1 point for draw.
b. In all groups, if teams tie on equal points, then the team which won the head to head game will advance; OR
c. If the game between the two teams that topped the group was a draw, then the team which conceded the LEAST amount of scores (overall total conceded) will go through. OR
d. LEAST amount of goals conceded

5. Between groups, the following shall decide final standings
a. 2 points awarded for win, 1 point for draw.
b. team which conceded the LEAST amount of scores
c. LEAST amount of goals conceded
d. Most Goals Scored
e. Most points scored

6. THE DECISION OF THE ORGANISING COMMITTEE ON ALL MATTERS RELATING TO THE TOURNAMENT IS FINAL.