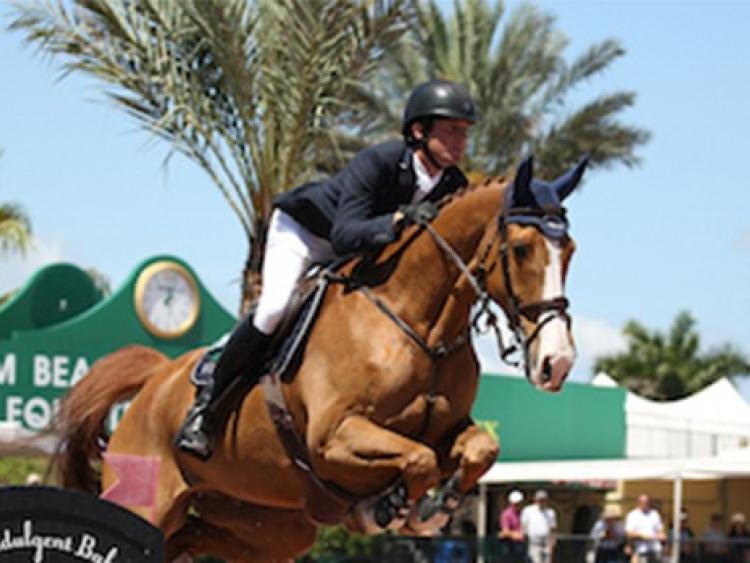 Offaly rider Darragh Kenny had a day to remember on the opening day of the 2018 Stena Line Dublin Horse Show at the RDS in Ballsbridge.

He had a win in the feature event of the day while also chalking up two second place finishes.

The feature Sport Ireland Classic saw Darragh come out on top with the Ann Thompson-owned Balou Du Reventon. They were among a massive 19 combinations who jumped clear in the opening round and took the winners prize with a clear in 35.83 seconds in the jump-off. Louth's Mark McAuley finished as runner-up with Miebello (36.46), ahead of Switzerland’s Steve Guerdat in third with Hannah (37.11).

Along with his win in the Sport Ireland Classic, Darragh Kenny also chalked up two runner-up finishes. In the Speed Stakes he was just 0.3 seconds off another win on board Billy Manjaro and he was just half a second off the winning time on board Cazzini Z.

It was a memorable day all round for Ireland with Irish riders winning all three international competitions. Billy Twomey collected the winners prize in the Minerva Stakes while Derry’s Daniel Coyle got Ireland off to the perfect start in the opening Alpes D’or 1m45 speed class.

The action continues in Ballsbridge today and runs until Sunday

, in the 1m45 Minerva Stakes By Dublin Airport Central

Derry’s Daniel Coyle got Ireland off to the perfect start in the opening Alpes D’or 1m45 speed class, when he partnered Tienna to a clear round in 51.48 to take the top prize of €7,425. Irish riders filled all of the top seven places, with Darragh Kenny finishing second with Billy Manjaro (51.82) and Wexford's Bertram Allen third with Calafrieda (52.21). The top six also included Cameron Hanley, Clem McMahon and Capt Geoff Curran

The Speed Derby By Clayton Hotel Ballsbridge and The Stablelab Stakes are among the highlights at the Dublin Horse Show on Thursday, while The Aga Khan Trophy is up for grabs on Friday in the Longines FEI Nations Cup of Ireland.