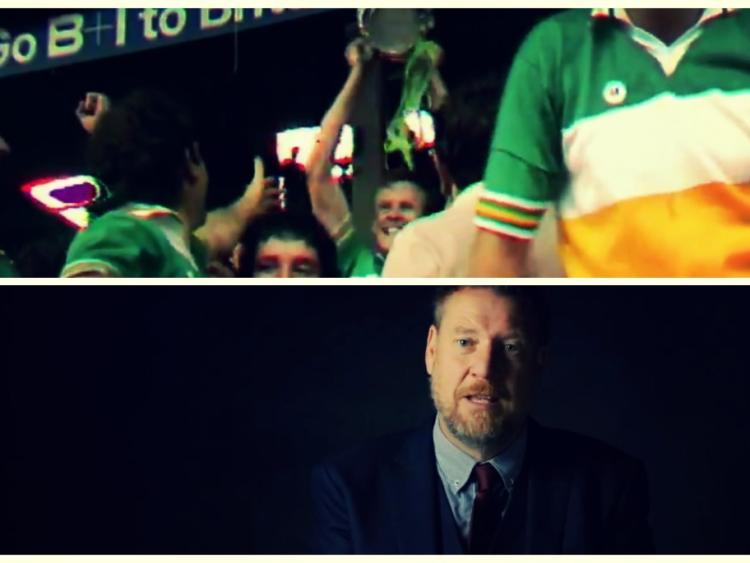 WATCH: The story of Offaly hurling to feature on new RTE series 'The Game'

Offaly hurling's humble beginnings and later success are set to feature on the upcoming series dedicated to the sport on RTE.

The Game, produced by Crossing The Line Films for RTÉ and with the support of the GAA and the BAI, was filmed in cinema quality 4K over two years, and celebrates hurling, exploring its origins from the mists of prehistory through to its tremendous growth over the last century and how it can justifiably claim to be the fastest/most exciting field sport in the world.

Daithi Regan will speak amongst others as he relives Offaly coming from "nothing" to be "kingpins" of the sport in 1981 with their first All-Ireland and later during the golden age of Offaly hurling in the 1990s.

Watch The Game on @RTEOne from 30 July. The ultimate story of hurling, as told by @CTLFilms with stunning live footage, enthralling interviews and rare archival footage #RTEGAA #GAA #TheGame pic.twitter.com/sAhtIGXFhw

State of the art cameras, techniques and technologies were used alongside rare and unseen archive to bring hurling to Irish viewers as they've never seen it before.

Some of the earliest moving footage of hurling was rescued from the vaults to be seen onscreen for the first time. Film reels of games from the 1920s, 1930s and 40s were re-scanned to full HD resolution which will allow viewers to see unique and priceless material in unprecedented new detail.

All the interview transcripts will be collated and made available as a teaching resource for the future.

The series will also be made available to schools across the country in conjunction with GAA Learning in order to utilise the project to its fullest potential as an educational resource.