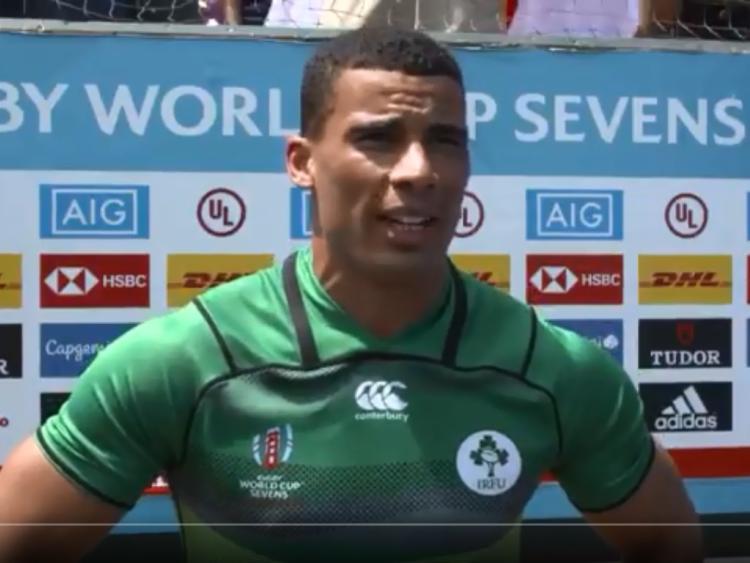 Offaly's Jordan Conroy was one of the undoubted stars of the Rugby World Cup Sevens over the weekend as Ireland won the Challenge Trophy beating Australia by 24-14.

Unfortunately for Jordan, he sustained a head injury early in that Final and didn't return to action after being sent for a HIA but in the previous rounds, he made an indelible mark on the tournament.

His outrageous acceleration from virtually a standing start left tacklers in his wake all weekend as this stunner against Kenya shows. Jordan scored a hat-trick in this game as Ireland beat a highly fancied Kenya side by 24-14.

He followed up the hat-trick against Kenya with this beauty against Wales, again leaving the Welsh defence in his wake.

If he did this around Dublin city centre, @IrishRugby ace Jordan Conroy would actually get a speeding ticket #RWC7s pic.twitter.com/Uzp56AEryb

Ireland started their campaign with a win over Chile but lost out to South Africa in the Round of 16.

However from there they defeated Kenya, Wales and Australia to claim the Challenge Trophy and finish ninth overall at the Rugby Sevens World Cup. Ireland went into the tournament ranked 16th and if they continue the form they have shown in the recent months, they finished third at the London Sevens, a place in the Olympics could be on the cards.