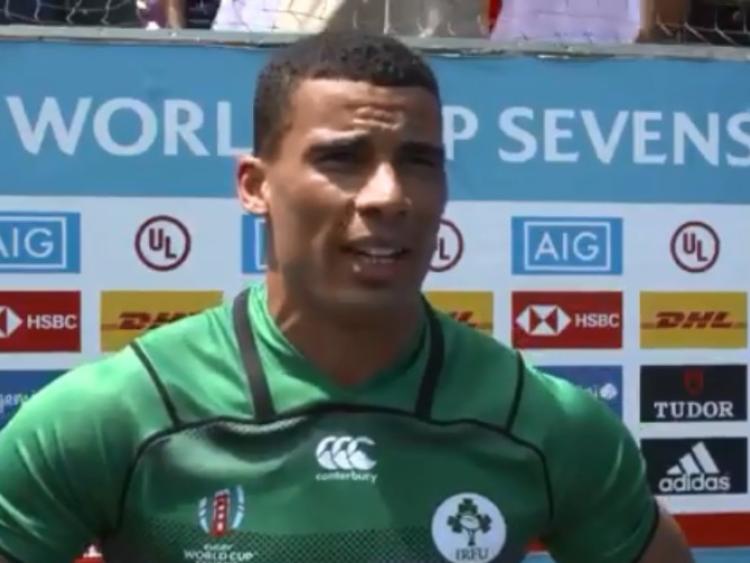 Offaly's Jordan Conroy was the undoubted hero as he showcased his amazing speed to guide Ireland to the semi-finals of the Challenge Cup at the Rugby World Cup Sevens in San Francisco this evening.

Against a very experienced and physically imposing Kenyan side, Conroy scored an outstanding hat-trick, backing his sheer speed against the opposition defence in scoring two of his tries. Ireland ultimately won the game 24-14.

Conroy announced himself on the world stage at the recent London Sevens but this display against Kenya at the Sevens World Cup further enhances his growing reputation.

Ireland will play the winners of Wales and Samoa in the semi-final tomorrow. The game will be live on Eir Sport and it is due to kick off at 7.34pm Irish time.