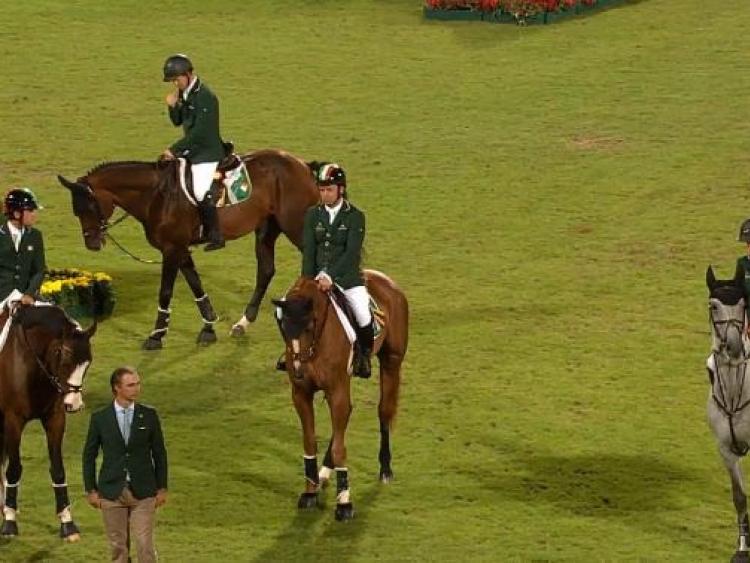 Offaly's Darragh Kenny played his part in helping Ireland through a brilliant second round comeback to finish as runners-up after a thrilling Mercedes-Benz Nations Cup on Thursday, July 19 at Aachen in Germany.

Ireland were in fifth place at the halfway stage on five faults thanks to a clear round from Mayo’s Cameron Hanley with the nine-year-old Quirex, a single time fault from Shane Sweetnam (Chaqui Z) and a four fault score from Cian O’Connor with Good Luck.

The second round saw Sweetnam again finish with just a time fault, before Darragh Kenny riding Babalou boosted Irish hopes with a clear round. A vital clear from Irish anchorman O’Connor saw Ireland finish on a two round total of six faults – overtaking Belgium, Switzerland and Netherlands to take second place.

Victory went to Germany in front of their ecstatic home fans, after Otto Becker’s team finished just ahead of Ireland on four faults. Netherlands finished in third with nine faults, followed by Switzerland, USA, Belgium, France and Italy.

Ireland return to Nations Cup action next weekend at Hickstead in the UK before their home Nations Cup for the Aga Khan trophy on Friday, August 10.