IT'S OFFICIAL: Ryan Dunne is the Offaly Sports Star of the Month for June 2018 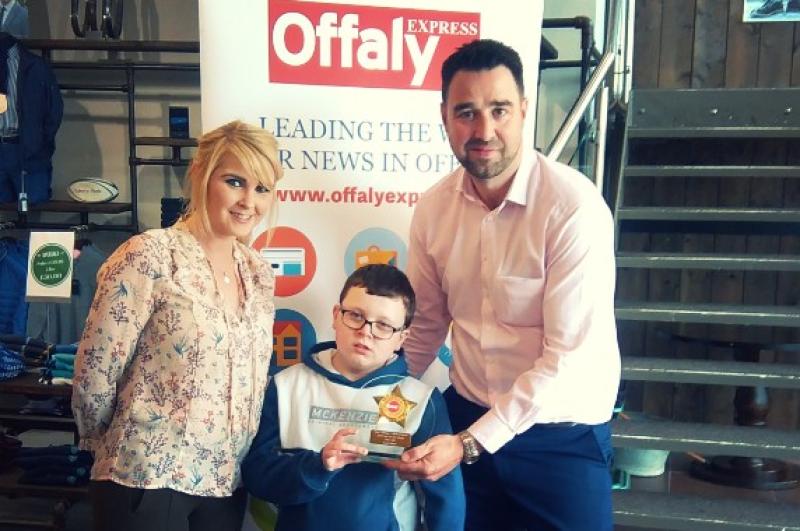 Ryan Dunne picks up his award from Alison Casey of the Offaly Express and Anthony Kearns from title sponsors, Guy Clothing, Tullamore

After over 8,000 votes were cast, Ryan Dunne came out on top and is the Offaly Express/Guy Clothing Sport Star of the Month for June.

Ryan is our youngest winner yet and he won the day with 27% of the votes cast. The Tullamore Harriers All Ireland winning U-20 4x400 relay team came second with 14% of the vote while archers Gerard and Olivia Eady came third with 13% of the vote.

As one of the youngest athletes on Team Leinster for the recent Special Olympics Ireland Games, Tullamore's Ryan Dunne was a brilliant winner of a gold medal in the standing long jump event in June.

At just 10 years of age, Ryan has having his first games and proved himself to be a class act. He received his glass trophy this week and now goes forward as our June winner for the Offaly Sports Star of the Year 2018 award voting process, which will be launched in early 2019.