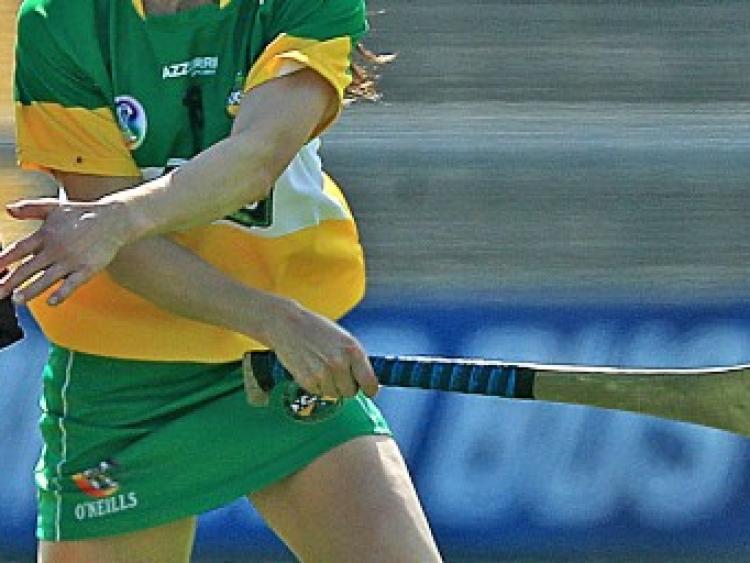 The Offaly U16s continued their winning streak in the U16 B All-Ireland Championship with a hard earned win over Laois last Sunday afternoon, July 15.

The rain fell from the start to the end of the game making conditions difficult for both teams trying to control the wet ball and deal with the hard ground bounce.

Clodagh Leahy got the first score of the game snatching a Jane Cleary pass from the air, settling herself and striking over the bar. Grace Leonard then gathered the ball close to the sideline, brought the ball into a scoreable position, and pointed neatly.

Laois had to work hard for their scores as Aine Currams protected the goals on numerous occasions. Eireann Cole levelled the game with a fine point after a long solo run on her left side.

It was then end to end as another Eireann Cole point put Laois ahead. Eibhlish Gleeson had a super game at centre back and read the game very well.

Ellen Regan has been a key player for this team this year and her goal gave Offaly some breathing space mid-way through the first half.

Regan followed up this goal with a 21 yard free and a point from play while Elaine Troy added a point. It was all Offaly for the remainder of the first half and late on Clodagh Leahy found the net from an Ellen Regan handpass.

Laois got a free late the in first half which Ciara Leahy stood over and struck low to the back of the net. A quick reply from Ellen Regan saw the first half finish up in favour of Offaly on a scoreline of 2-7 to 1-3.

From the second half throw-in Jane Cleary drove the ball long to Ellen Regan who blasted the ball for a shot on goal but Sophie McCabe blocked. Clodagh Leahy was on the rebound and was fouled. Ellen Regan converted the free to pop her fourth point over the bar.

Sharon Shanahan added a point to her tally as the game swayed more in Offaly’s favour. Roisin Phelan almost had a goal but Caoimhe Kinsella bottled up the forward to stop a Laois goal.

Eireann Cole was the main woman for Laois as her frees kept them in it. Laois did find the net in the second half but Offaly weathered the storm, finishing strong to put them top of the table, tied with Armagh.

With some great performances around the pitch Offaly will now face Meath in Meath on July 22.