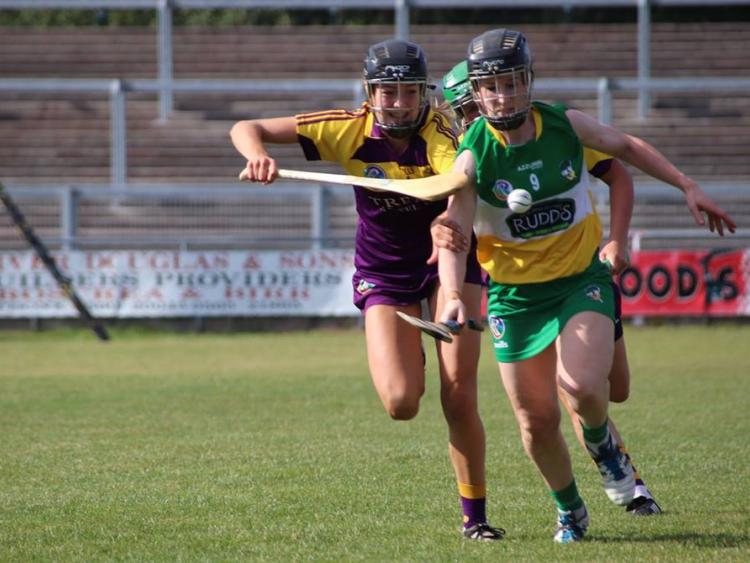 OFFALY manager Mike Wall praised the mental fortitude of his Offaly charges as they recovered from the shock of conceding a goal early in the second half and seeing a five-point interval lead completely wiped out by Wexford to win their Liberty Insurance All-Ireland Senior Camogie Championship Group 2 tie by 1-18 to 1-12 in Birr on Saturday.

The victory moves them level on points with Tipperary, who suffered a 1-27 to 1-12 defeat to table toppers Cork at The Ragg, and Dublin, who accounted for Meath on a 2-11 to 0-8 scoreline in Trim. They hold second place however due to a superior score difference.

“We knew we were going to make extremely difficult on ourselves to proceed in the Championship if we didn’t get the win” said Wall. “The performance the girls gave, we were worthy winners."

“We went in five points ahead at half time and though we could have been one or two more, before the match we would have taken it. We had a purple patch, Wexford had one or two but we hung in there.

“We’d be really disappointed with the goal and we’ll have to look back on that and see what we can do to prevent that. But I was absolutely delighted with the response the girls gave because Wexford got level within four or five minutes of half time.

“But the girls kicked on, they showed huge character. It was a body blow straight after half time to lose a five-point lead but we got it back to five points very quick and that showed character.”

Siobhán Flannery slotted six points from frees for the winners, but Sarah Harding’s contribution of five points from play really stood out. Two of those came in response to Chloe Foxe’s goal that threatened a Wexford comeback.

Cork had 11 different scorers in their triumph, Katrina Mackey, Orla Cronin and Amy O’Connor hitting 14 points between them and Julia White grabbing the goal. Cáit Devane’s six points for Tipp make her the Championship top scorer with 3-21.

Dublin led Meath by 1-7 to 0-3 at half time before pulling away for a success that keeps their hopes of a place in the last six alive. Meath are experiencing a steep learning curve in their first season at Senior level and are still looking for their first win in campaign but John Davis’s team performed creditably.