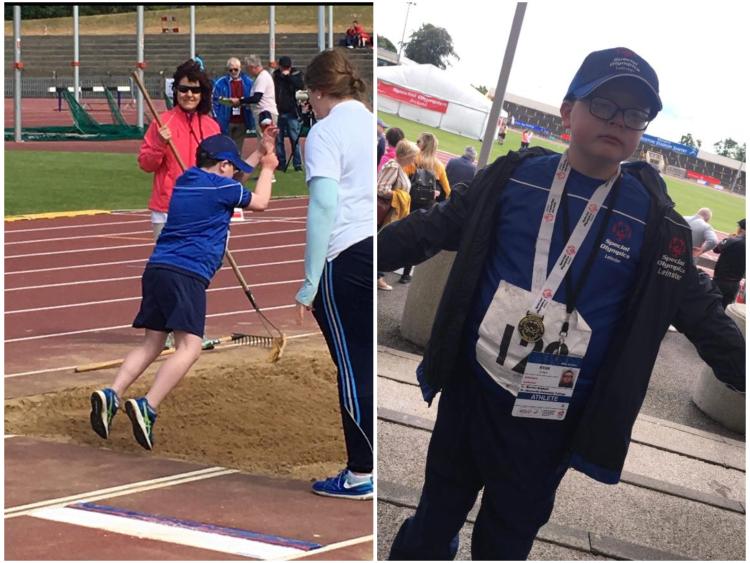 Offaly athletes have been amongst the gold medals as Team Leinster claim 369 medals at the 2018 Special Olympics Ireland Games in Dublin.

Some 276 local Team Leinster athletes competed in the Special Olympics Ireland Games between Friday 15th and Sunday 17th June.  A total of 1600 athletes from the four corners of Ireland took part in the Games, which are one of the largest and most prestigious sporting events to take place in Ireland in 2018.

Dunne secured gold in the standing long jump; Leigh secured two silver medals in swimming in the 4X25 freestyle relay and 25M freestyle, and bronze in the 25M backstroke while Rogowska won gold in the softball throw and silver in the 25M walk. Meanwhile, Leinster’s oldest athlete, Margaret Askins (67) from Enniscorthy, Co. Wexford, secured gold in Pitch and Putt.

Also amongst the Leinster champions was Torch Bearer, Steven Hayes, 20, from Timahoe, Co. Laois who was selected as a torch bearer to represent his region at the Opening Ceremony and went on to win two silver medals in Equestrian events at the Games.

A total of 2,144 medals (959 gold, 667 silver and 518 bronze) were awarded over the course of the four-day residential Games, with countless personal bests achieved by athletes from each of the five regions – Connaught, Eastern, Leinster, Munster and Ulster.

Commenting as the Games drew to a close, Matt English, CEO, Special Olympics Ireland said: “The 2018 Special Olympics Ireland Games were a huge success and on behalf of the organisation, I would like to thank our athletes for their incredible commitment, energy and enthusiasm; not just over the course of the three days but over the many months that they have been preparing and training for these Games.

“I would like to extend a huge thank you to the families and supporters that turned out in such amazing numbers and to each and every volunteer who went above and beyond their roles to make sure that our athletes had the time of their lives. And to our athletes, you are the reason for everything we do and it's no less than you deserve, I hope you are going home happy and proud."

Annette Codd, regional director for Special Olympics Leinster said: “Our congratulations go to all of the athletes that took part and represented Leinster so well over the course of Games - we’re so proud of each and every one of them. For many of our Team Leinster athletes, the 2018 Special Olympics Ireland Games in Dublin were their first chance to compete on a national stage; to represent their region at these prestigious Games is, in itself, a phenomenal achievement.

“Bringing home 369 medals and personal bests from a competition of this level is a huge achievement. They are also returning home with memories and new friendships that will last a lifetime. I would also like to thank all the families, coaches and volunteers from across Leinster, who all played their part in making these Games such a huge success; it would not have been possible without them.”

Selected athletes from these Games will go on to represent Team Ireland at the 2019 Special Olympics World Summer Games in Abu Dhabi.

The 2018 Games were supported by 600 coaches and official delegates and 2,500 volunteers, with thousands of spectators turning out to cheer on athletes in venues across Dublin.

Special Olympics Ireland is a year-round sports training and competition programme for people with an intellectual disability. The benefits of participation in Special Olympics extend beyond the physical benefits of sport; it’s about team spirit, friendships and fun; it’s about a feeling of belonging and a sense of being part of a community. Special Olympics changes lives in so many different ways, enabling people with an intellectual disability to achieve and win not only in sport but in life too.